EU spending millions on surveillance technology to turn refugees back 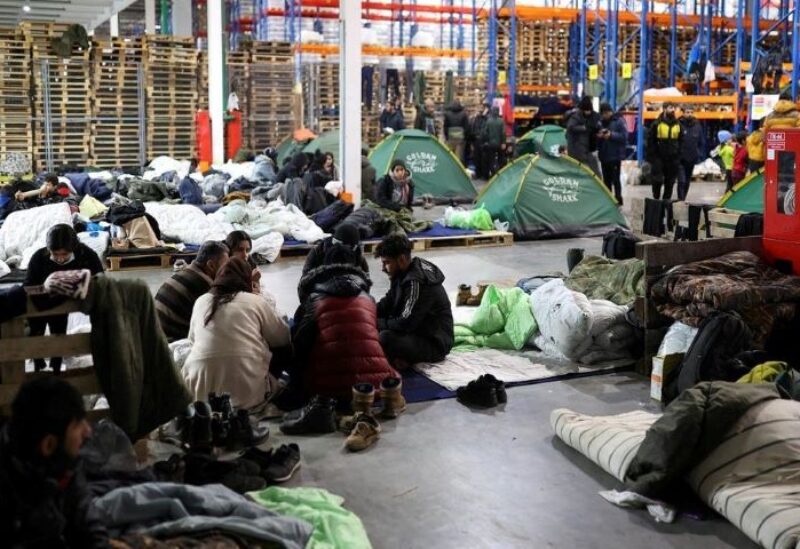 The Guardian has mapped out, in a new report, the surveillance and deterrent systems being used on EU borders to deter refugees.
Last month Poland approved a $398 million, 18-foot-high wall, with cameras and motion sensors to be built along its border with Belarus. It is also sending automated texts to people telling them not to attempt to cross from Belarus.
Last year Frontex awarded a $121 million contract for the Heron and Hermes drones which operate over the Mediterranean and can be watched from the Frontex HQ in Warsaw.
The drones are manufactured by two Israeli companies and have been used in the Gaza Strip.
Mobile radars, thermal cameras on vehicles, heartbeat detectors and CO2 monitors are used to spot movement and find people hiding inside vehicles.
Greece has thermal cameras and sensors along its border with Turkey and has deployed a vehicle mounted sound cannon which gives off a high-pitched noise as loud as a jet engine, up to 162 decibels, to deter people and force them to turn back.
The sound cannon was used by Egyptian police and military forces during the 2013 Rabaa massacre.
A refugee camp on the Greek island of Samos has been equipped with military grade fencing, CCTV to track people’s movements, and fingerprint, turnstiles and x-ray access.
There is a new surveillance centre on Samos from where officials can watch video feeds from 35 refugee camps in the country.
The EU has also spent $399 million on a three-year trial of artificial intelligence powered lie detectors in Greece, Hungary and Latvia where a machine scans refugees’ faces as they answer questions and decide whether or not they’ve lied.
Since 27 people died in the English Channel on 25 November the UK Prime Minister Boris Johnson has pushed for more border security, including increased patrols at sea, electronic surveillance and spying.
However, charities have warned that increased security does not stop people trying to cross borders, it simply encourages them to take more risky routes whilst arms and tech companies close to the EU benefit.