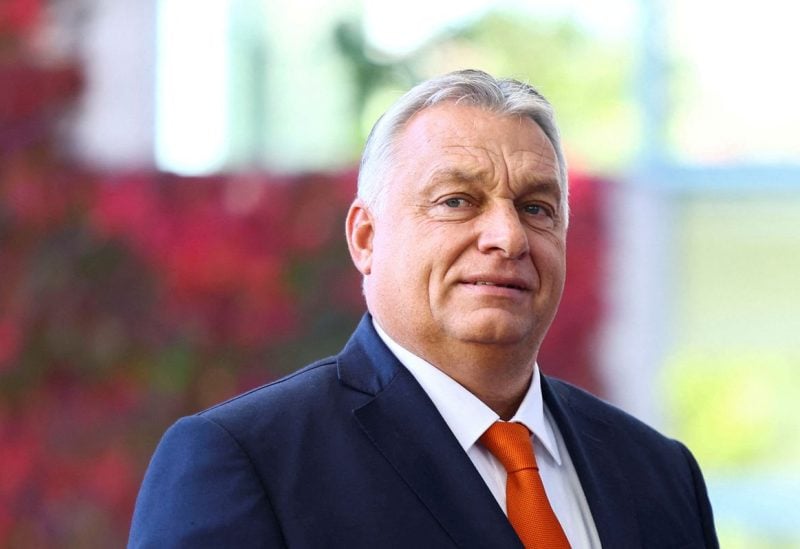 Hungarian Prime Minister Viktor Orban looks on as he is welcomed by German Chancellor Olaf Scholz for bilateral talks at the Chancellery in Berlin, Germany, October 10, 2022. REUTERS/Lisi Niesner/File Photo

European Union governments on Monday struck a deal with Hungary that sorts out financial aid for Ukraine in 2023 and gains Budapest’s approval for a global minimum corporate tax, all in exchange for EU flexibility about funds paid to Hungary.

The complex deal came after months of wrangling between EU institutions, member countries and Hungary and was spelled out on Monday by the council that represents EU member governments and by diplomats speaking anonymously. It means Ukraine will get 18 billion euros from the EU budget next year.

Budapest had been vetoing making payments by that stable, predictable and cheaper means, rather than by the bilateral loans that member countries have been extending to Kyiv.

It also agreed to drop its veto over the OECD-agreed global minimum corporate tax of 15% to be applied to large international corporations where they make money, rather than where they set up offices for tax purposes.

The OECD minimum tax will now become EU law if Poland by Wednesday withdraws an objection it has to the policy, one EU diplomat said.

In exchange for Budapest’s agreement, the EU will approve Hungary’s plan for how to spend 5.8 billion euros of EU recovery funds, even though no money will flow until Budapest meets many conditions.

EU approval was crucial because if the spending plan had not been settled by the end of the year Budapest would have irrevocably lost 70% of the total.

EU governments also agreed to reduce to 6.3 billion euros from 7.5 billion euros the amount of EU funds for Hungary that the European Commission wanted frozen because of Budapest’s insufficient respect for the independence of courts and because of high-level corruption.

The 6.3 billion euros amounts to 55% of EU cash that Hungary is due to receive until 2027 from the EU budget to reduce differences in living standards with richer members of the 27-nation bloc. The Commission wanted to freeze 65% of the money.

“There is a deal: Hungary lifts its vetoes on the global minimum corporate tax and the 18 billion euros for Ukraine and the percentage of cohesion funds to be frozen will be reduced to 55% of the total and it will get its recovery plan approved,” one EU diplomat said.

The combined EU funds are worth more than 8% of Hungary’s 2022 GDP.

An unusually blunt warning about the precarious state of the economy has also come from the head of the Hungarian central bank, while Citibank said Hungary was “entering a new phase of market pressure”.

Orban has sought to cut a deal with the EU in recent months and has changed domestic laws to address the Commission’s long-standing concerns over corruption.

Brussels, however, was unconvinced, while other countries fumed at Orban’s vetoes of the EU’s joint foreign policy.

“For us, it’s important to be able to support Ukraine. The rest depends on Hungary; it’s their money,” said one EU diplomat.

During more than a decade in power, Orban has had many run-ins with the EU over damaging the tenets of liberal democracy in Hungary through restricting the rights of the media, academics, judges, NGOs, migrants and LGBTI people.