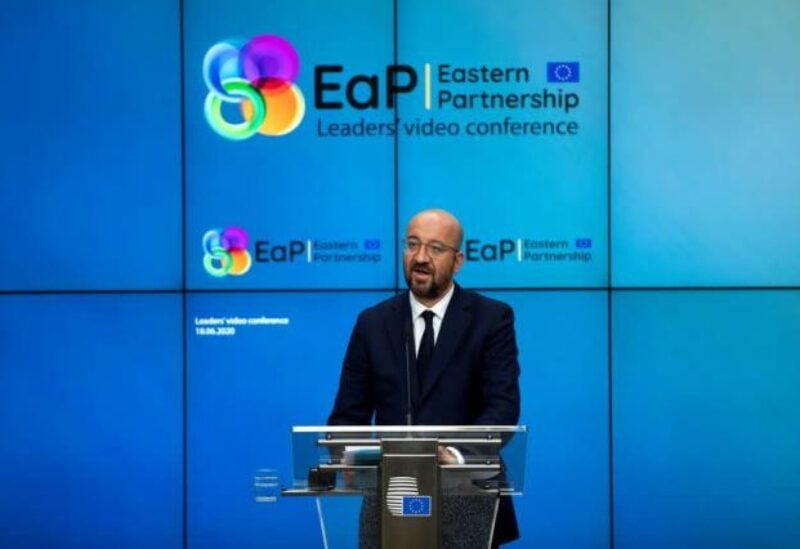 According to a draft final statement, a European Union meeting with the bloc’s eastern neighbors will reiterate support for Georgia, Moldova, and Ukraine in their efforts to draw closer to the club but will make no promises of eventual EU membership.

The EU meeting on December 15 will be dominated in part by the Belarus problem, and will bring together Armenia, Azerbaijan, Georgia, Moldova, and Ukraine, with Minsk likely represented by a Belarusian flag and an empty chair, officials said.

Georgia, Moldova, and Ukraine, all former Soviet countries, seek to join the EU and move away from Russia’s orbit. The trio signed a joint statement in July pledging to work together to assimilate into the rich bloc.

Excerpts of a draft under discussion for next week’s summit, seen by Reuters, show the EU will “acknowledge the European aspirations and the European choice of the partners concerned”.

That is the same language used in the last final “Eastern Partnership” summit statement in 2017, despite determination in Georgia, Moldova and Ukraine to accelerate market economy reforms and join the bloc. Georgia and Ukraine also aim to one day join the U.S.-led NATO military alliance, although territorial conflicts with Russia make that complicated.

With political hostility to immigration growing, the bloc is reluctant to enlarge despite the 1990s-era success of a programme that transformed former communist countries such as the Baltic states into EU members.

The six Balkan countries of Serbia, Kosovo, Bosnia-Herzegovina, Montenegro, Albania and North Macedonia have a formal European “perspective” – EU code for eventual membership of the world’s largest trading bloc, although the process is largely stalled.

For the Eastern Partnership countries, the EU is offering money, technical assistance and broad market access, having done free-trade deals with Tbilisi, Chisnau and Kyiv, in return for adopting EU democratic, administrative and economic norms.

The summit is likely to say that those free-trade agreements “provide for accelerating political association and economic integration with the European Union”.

Despite the lack of EU promises, Ukraine’s Prime Minister Denys Shmygal told Reuters in Brussels last week that even the steps towards integration worry Moscow, citing a Russian campaign to break Ukrainian momentum towards joining the bloc.

The summit statement will also hold open the possibility of better ties in the future with Belarus “as soon as necessary conditions for a peaceful democratic transition are in place”.

The West and Belarus opposition accuse President Alexander Lukashenko of rigging an August 2020 election to remain in power and sending Middle Eastern migrants to the Polish border in a “hybrid attack” to try to destabilise the EU.

Lukashenko says Western sanctions are an attack on his country and denies any wrongdoing.