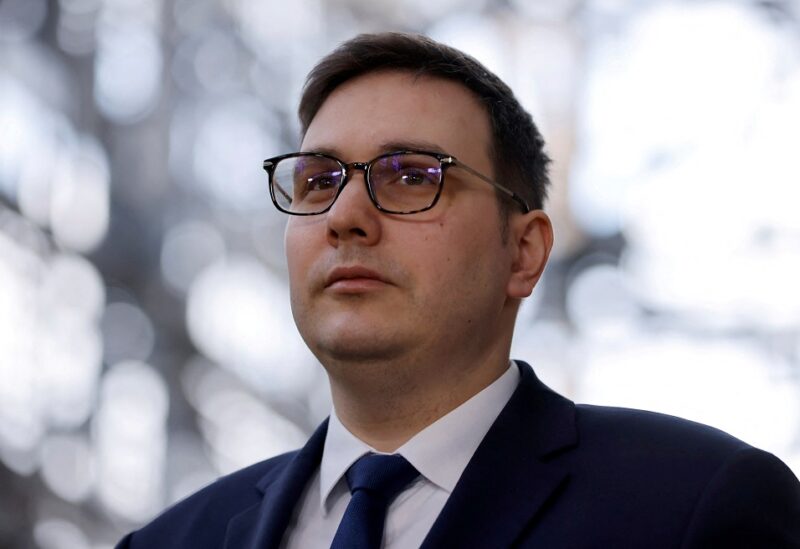 Czech Foreign Minister Jan Lipavsky speaks to the media on the day of a Foreign Affairs Council with Foreign Affairs and Defence Ministers, amid Russia's invasion of Ukraine, in Brussels, Belgium March 21, 2022. REUTERS/Johanna Geron/File Photo

The defence and foreign ministries of the European Union will meet in Prague this week to examine ideas for establishing an EU military training mission for Ukrainian forces and to look at requests from some countries to impose travel restrictions on Russian citizens entering the Union.

Since a while ago, a number of EU nations have been educating Ukrainian soldiers, mostly to teach them how to use weapons that Western countries are sending to Ukraine to aid in its battle against the Russian invasion.

It is not clear yet where an EU training programme could be based and what mandate it might have, EU diplomats told Reuters ahead of the defence ministers’ meeting on Monday and Tuesday.

The bloc’s foreign policy and security chief, Josep Borrell, has given few details of his plans so far, merely stating such a programme would not be based in Ukraine but in neighbouring countries.

At a joint session with U.N. and NATO representatives, defence ministers will also discuss the future of the EU’s suspended training mission in Mali and the U.N peacekeeping force MINUSMA, as concerns are growing over an increasing Russian presence in the West African country.

The six-month-old war in Ukraine remains a foreign policy priority for the European Union and when the bloc’s foreign ministers take over the meetings in Prague on Tuesday, a proposed visa ban for Russians will be at the top of their agenda.

The Czechs, who currently hold the EU’s rotating presidency, are pushing for an EU-wide ban on visas for Russian tourists, an idea supported mainly by the Baltic countries.

However, Germany, some other member states and Borrell reject such a move, arguing it might breach EU rules and cut off escape routes for Russian dissidents.

Lithuanian Foreign Minister Gabrielius Landsbergis has said Estonia, Latvia, Lithuania, Poland and Finland, which all share a border with Russia, may act on their own to block tourists if the EU does not agree on a union-wide ban.

Russians mostly enter the EU via the land borders of the five countries since direct flights between Russia and the bloc were suspended following Moscow’s invasion of Ukraine, according to Landsbergis.

In mid-August, Estonia closed its border to more than 50,000 Russians with previously issued visas, the first country in the EU to do so.

Ukrainian President Volodymyr Zelenskiy called on the West earlier this month to impose a blanket travel ban on Russians, drawing an angry rebuke from Moscow.