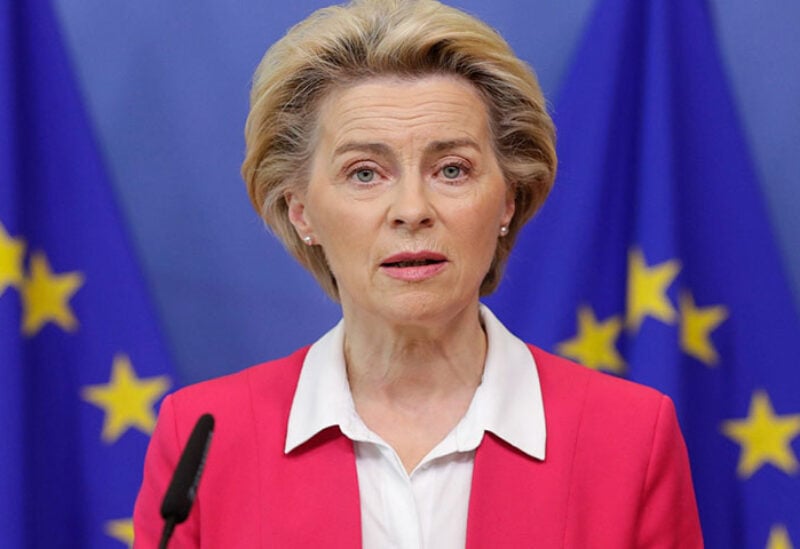 The European Union will make Russia “accountable” for its aggression on Ukraine, and the bloc’s leaders announced on Thursday that new measures are being prepared that will have “huge and severe implications” for Moscow.

“Our thoughts are with Ukraine and the innocent women, men, and children who are facing an unjustified onslaught and fear for their lives,” they stated.

“The Kremlin will be held responsible.”

Late Thursday, EU leaders will meet in a hasty summit.

The conference will “address the situation and subsequent restrictive measures” that “would impose large and severe costs on Russia for its conduct,” according to a joint statement from von der Leyen and Michel.

The fresh measures, which will be added to an earlier set of restrictions imposed on Wednesday when President Vladimir Putin acknowledged rebel-held regions of Ukraine as autonomous, will be presented to world leaders by the European Commission.
Von van Leyen and Michel predicted that EU leaders would “quickly approve them.”

“We’re working with our international allies to coordinate our response, including NATO and the G7, whose leaders will meet today (Thursday),” they stated.

“Germany condemns President Putin’s unethical behavior in the strongest possible terms. In a statement, he continued, “Our support goes out to Ukraine and its people.”

Scholz, whose nation now holds the G7 presidency, called the event “a tragic day for Ukraine.”