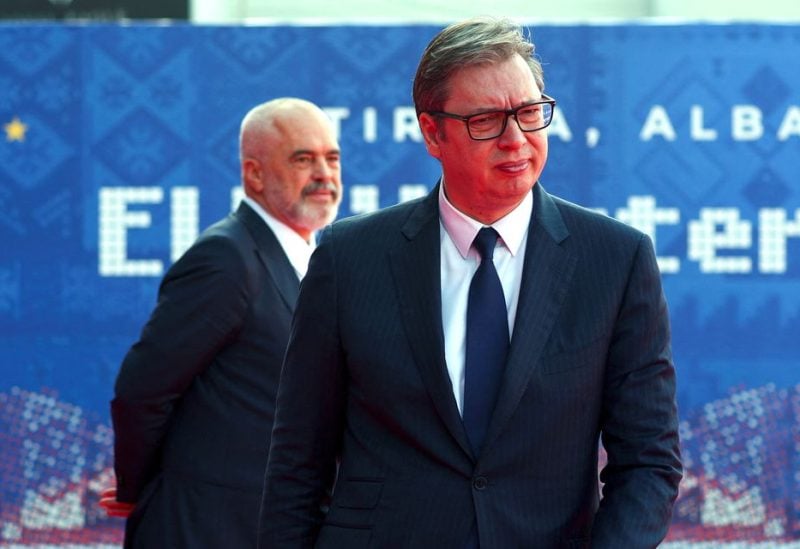 Leaders of the European Union and the Western Balkans will gather on Tuesday in Tirana, the capital of Albania, for a summit aimed at assuring the region of a future in the EU amid concerns about the rise of Russian and Chinese influence.

They also want to close any gaps in the EU’s control over immigration.

Triggered by Russia’s invasion of Ukraine, the EU has for months focused more energy on bringing Serbia, Montenegro, Bosnia, North Macedonia, Kosovo and Albania closer to their stated goal of joining the bloc.

The aim is to give greater stability to a region that emerged from the break-up of Yugoslavia and the ethnic wars of the 1990s but is still racked by tensions.

But moves towards closer integration are also designed to deny Moscow a gateway for causing trouble at what is seen as a soft spot on the 27-nation EU’s southeastern flank.

Serbia in particular, which was bombed by NATO two decades ago, has long struggled to balance historically close ties with Russia against aspirations for economic and political integration with the West.

“(The meeting in) Tirana will unequivocally reconfirm the membership perspective for all, and call for the acceleration of accession talks,” an EU official said prior to the talks.

In terms of concrete steps towards integration, telecommunications operators from the EU will announce a cut in data roaming charges from Oct. 2023, according to the official.

Leaders will also discuss ways to curb the brain drain of young, well-educated people who have been leaving the Western Balkans in droves in search of better job opportunities in Western Europe.

But EU leaders will also push their Balkans counterparts to be more forceful in implementing EU standards such as the rule of law, gender equality, the protection of minorities and the fight against corruption and organised crime, while aligning with EU policies such as the sanctions on Russia.

At the same time, the EU has been working hard to plug what it sees as loopholes in the visa regimes of several Balkans countries that have helped boost the number of migrants crossing into the bloc.

“We’ve been working … extremely hard with countries like Albania, Montenegro, North Macedonia and Serbia to encourage them to align their visa policy, notably making sure that they’re not offering visas for countries who are not visa free to travel to the European Union,” the official said.

Over the last days, all four countries had sent positive signals “which I think should help relieve some of the pressure on the migratory route”, he added.

The number of irregular border crossings into the EU rose more than 70% between January and October, according to preliminary calculations published by EU border agency Frontex in November.

The Western Balkan route remained the most active, with nearly three times as many crossings detected in October as a year ago, the agency said.

This was mainly due to people abusing the region’s visa-free access as well as repeated attempts to cross into the EU by migrants, primarily from Burundi, Afghanistan, and Iraq, already present in the Western Balkans, Frontex stated.