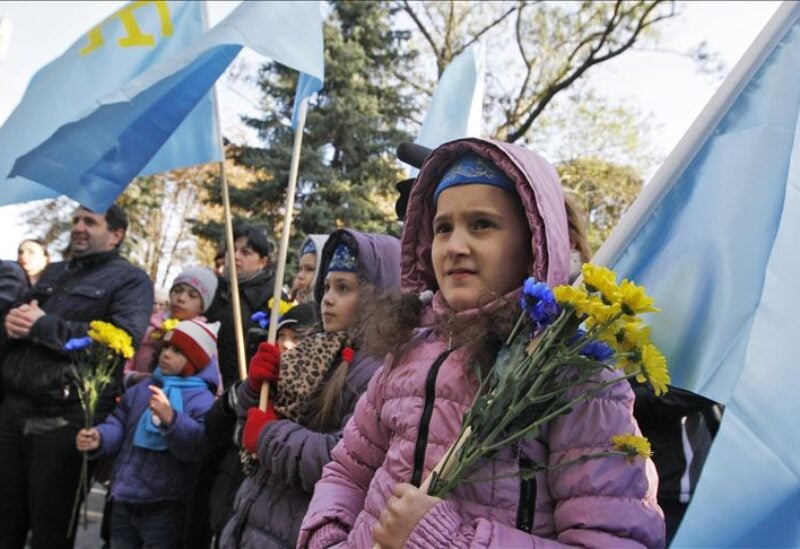 Speaking at the opening of the first International Crimea Platform Summit and on the eve of the 30th anniversary of Ukraine’s independence, Charles Michel criticized Russia for breaching international law and showed support for Ukraine’s territorial integrity.

“We want to reiterate that Ukraine will never be alone and that Crimea is Ukraine,” he said at the event hosted by the Ukrainian government in the capital Kyiv.

“I am here to reaffirm the EU’s unwavering stance: We do not and will not recognize the illegal annexation of Crimea and Sevastopol by Russia,” Michel added, promising to “staunchly enforce” the bloc’s non-recognition policy.

He stressed that illegal actions involve a heavy cost and referred to the economic sanctions the bloc has been applying against Russia since 2014.

Michel criticized the human rights situation on the peninsula, including the persecution of Crimean Tatars and the destruction of Crimea’s cultural heritage via forced integration.

He also condemned the continued militarization of Crimea that “heavily affects the security situation in the Black Sea region.”

In June, the EU extended economic sanctions in response to Russia’s illegal annexation of Crimea and Sevastopol for another year.

The decision maintained a ban on the import of goods from Crimea and Sevastopol, targeting financial investments and tourism in the area, and forbade European companies involved in the telecommunications, transport, and energy sector from exporting goods and services to local firms.

The bloc has been applying other sanction regimes against Russia since 2014, including an asset freeze and travel restrictions, in response to the violation of Ukraine’s territorial integrity and sovereignty, and Moscow’s reluctance to fully implement the Minsk agreement meant to establish a cease-fire in Eastern Ukraine.