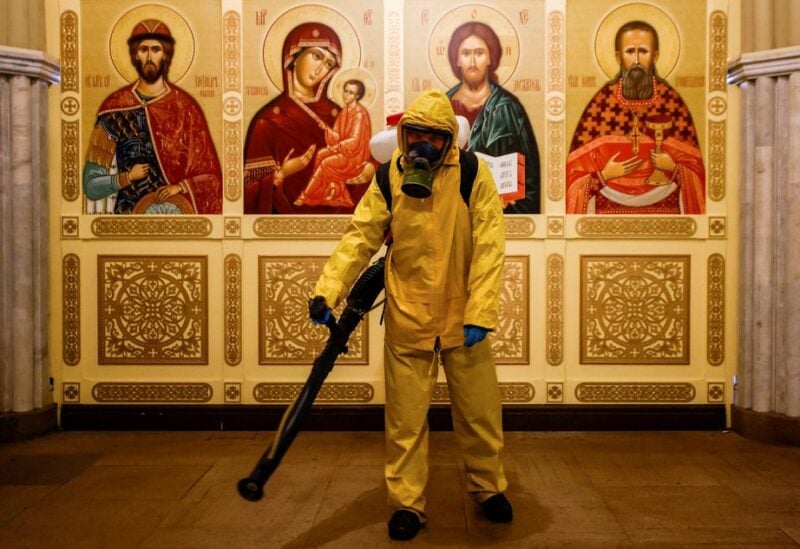 Europe has become the epicentre of the pandemic again, prompting some governments to consider re-imposing unpopular lockdowns in the run-up to Christmas and stirring debate over whether vaccines alone are enough to tame COVID-19.

Europe accounts for more than half of the average 7-day infections globally and about half of latest deaths, according to a Reuters tally, the highest levels since April last year when the virus was at its initial peak in Italy.

Governments and companies are worried the prolonged pandemic will derail a fragile economic recovery. Countries including the Netherlands, Germany, Austria and the Czech Republic are taking or planning measures to curb the spread.

Caretaker Dutch Prime Minister Mark Rutte announced a three-week partial lockdown from Saturday, Western Europe’s first since the summer. “The virus is everywhere and needs to be combated everywhere,” Rutte said in an address on Friday evening.

The fresh concerns over what British Prime Minister Boris Johnson described on Friday as “storm clouds” over Europe come as successful inoculation campaigns have plateaued ahead of the winter months and flu season.

About 65% of the population of the European Economic Area (EEA) – which includes the European Union, Iceland, Liechtenstein and Norway – have received two doses, according to EU data, but the pace has slowed in recent months.

Take-up in southern European countries is around 80%, but hesitancy has hampered rollout in central and eastern Europe and Russia, leading to outbreaks that could overwhelm healthcare.

Germany, France and the Netherlands are also experiencing a surge in infections, showing the challenge even for governments with high acceptance rates.

To be sure, hospitalisations and deaths are much lower than a year ago and big variations by country in use of vaccines and boosters as well as measures like social distancing make it hard to draw conclusions for the whole region.

‘DON’T TAKE EYE OFF THE BALL’

But a combination of low vaccine take-up in some parts, waning immunity among those inoculated early and complacency about masks and distancing as governments relaxed curbs over the summer are likely to blame, virologists and public health experts told Reuters.

“If there’s one thing to learn from this it’s not to take your eye off the ball,” said Lawrence Young, a virologist at Warwick Medical School in the UK.

The World Health Organization’s report for the week to Nov. 7 showed that Europe, including Russia, was the only region to record a rise in cases, up 7%, while other areas reported declines or stable trends.

Similarly, it reported a 10% increase in deaths, while other regions reported declines.

The measures coming into force in the Netherlands include restaurants and shops ordered to close early and spectators barred from sporting events.

Germany will reintroduce free COVID-19 tests from Saturday, acting health minister Jens Spahn said on Friday. A draft law in Germany would allow for measures such as compulsory face masks and social distancing in public spaces to continue to be enforced until next March.

Austria’s government is likely to decide on Sunday to impose a lockdown on people who are not vaccinated, Chancellor Alexander Schallenberg said on Friday.

Most EU countries are deploying extra shots to the elderly and those with weakened immune systems, but expanding vaccination to more of the population should be a priority to avoid steps like lockdown, scientists said.

“The real urgency is to widen the pool of vaccinated people as much as possible,” said Carlo Federico Perno, head of microbiology and immunology diagnostics at Rome’s Bambino Gesù Hospital.

The EU’s medicines regulator is also evaluating the use of Pfizer and BioNTech’s vaccine in 5 to 11-year-olds.

Norway will offer a third COVID-19 vaccine dose to everyone aged 18 and older and will give municipalities the option of using digital “corona passes”, the government said on Friday. Norway has so far given a third dose only to those aged 65 and older.

From Dec. 1, Italy will also offer the third dose to people over 40.

“This (outbreak) will probably make the EU look at booster doses and say ‘we do need them pronto’,” said Michael Head, senior research fellow in global health at the University of Southampton.

Still struggling to ramp up shots, central and eastern European governments have had to take drastic action.

Latvia, one of the least vaccinated countries in the EU, imposed a four-week lockdown in mid-October. Its parliament voted on Friday to ban lawmakers who refuse vaccination from voting on legislature and participating in discussions.

The Czech Republic, Slovakia and Russia have also tightened restrictions.

Vaccines alone are not the silver bullet to defeat the pandemic in the long term, virologists say.

Several pointed to Israel as an example of good practice: in addition to inoculations, it has reinforced mask wearing and introduced vaccine passports after cases spiked a few months ago.

Measures such as spacing, masks and vaccine mandates for indoor venues are essential, said Antonella Viola, professor of immunology at Italy’s University of Padua.