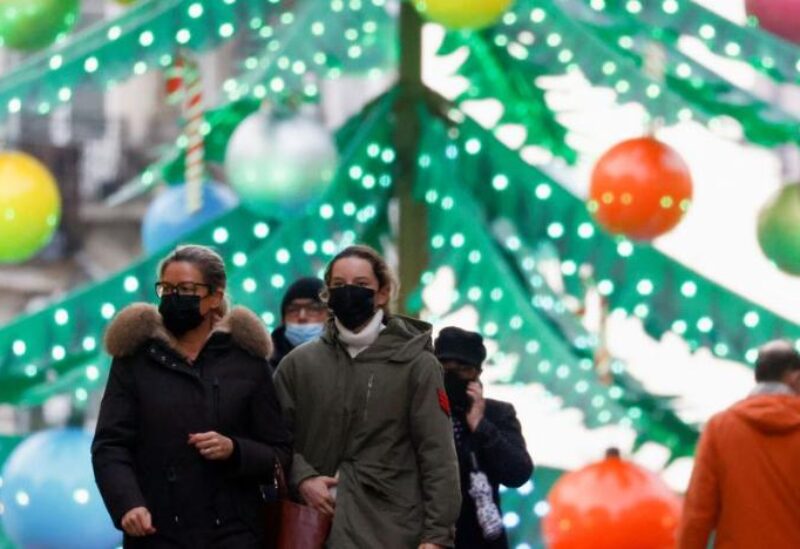 Countries across Europe were considering new curbs on movement on Tuesday as the fast-moving Omicron variant swept the world days before Christmas, throwing travel plans into chaos and unnerving financial markets.

Omicron infections are multiplying rapidly across Europe, the United States and Asia, including in Japan, where a single cluster at a military base has grown to at least 180 cases.

New Zealand COVID-19 Response Minister Chris Hipkins said his country, which imposed some of the world’s toughest COVID-19 measures, was delaying the start of a staggered reopening of its border until the end of February.

Omicron now accounts for 73% of all new cases in the United States, up from less than 1% at the beginning of the month. It recorded its first death from the variant.

South Korea, the Netherlands, Germany and Ireland are among countries to reimpose partial or full lockdowns, or other social distancing measures, in recent days. Thailand will reinstate mandatory quarantine for foreign visitors from Tuesday.

Britain, Germany and Portugal were considering further measures. British finance minister Rishi Sunak will talk soon about his discussions with representatives of the hard-hit hospitality industry who are demanding more government support, a government minister said.

Prime Minister Boris Johnson said on Monday he was looking at all kinds of measures to keep Omicron under control.

“We reserve the possibility of further action but it’s a question of looking at that data and weighing that against the other consequences of further restrictions,” Cabinet Office Minister Steve Barclay told BBC radio on Tuesday when asked if further measures could be introduced before Christmas.

But world shares gained marginally on Tuesday, with the dollar softening as appetite for riskier assets made a cautious return. The broader Euro STOXX 600 rose 0.76%. Germany’s DAX’s added 0.57%, with London’s FTSE climbing 0.8%.

“We’re not going back to lockdowns. We’re going forward to live with this virus with common sense and responsibility,” he said.

In the United States, the Biden administration said it would open federal COVID-19 testing sites in New York this week and buy 500 million at-home rapid tests that Americans can order online for free.

The Omicron variant was first detected last month in southern Africa and Hong Kong and so far has been reported in at least 89 countries.

The severity of illness it causes remains unclear, but the World Health Organization (WHO) warned it is spreading faster than the Delta variant and is causing infections in people already vaccinated or who have recovered from the COVID-19 disease.