Europe had second-warmest year on record in 2022, EU scientists say 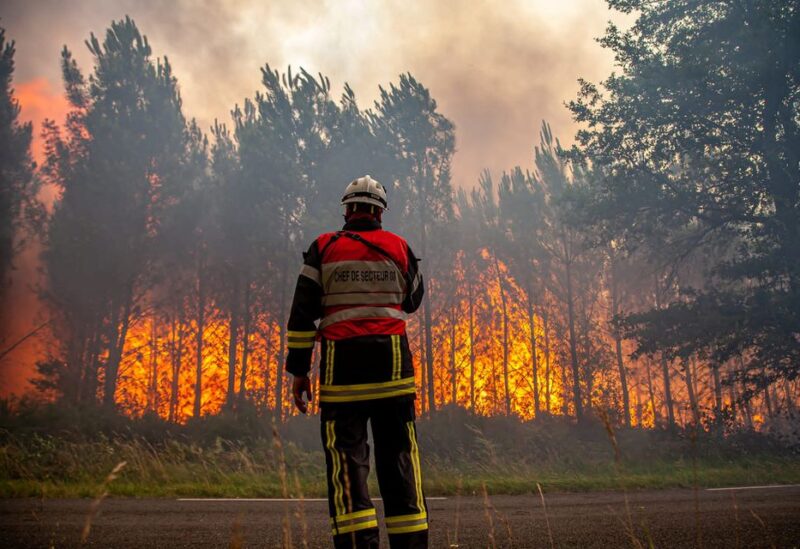 A firefighter works to contain a fire that broke out near Landiras, as wildfires continue to spread in the Gironde region of southwestern France, in this handout picture taken July 15, 2022 and obtained from the fire brigade of the Gironde region (SDIS 33) on July 16, 2022. SDIS 33/Handout via REUTERS

The planet is now 1.2C warmer than in pre-industrial times, as a result of human-caused climate change, C3S said. Copernicus said temperatures in Europe have increased by more than twice the global average over the last three decades.

“We are already experiencing the devastating consequences of our warming world,” said C3S deputy director Samantha Burgess, who called for urgent action to cut CO2 emissions and adapt to the changing climate.

Global temperatures will only stop rising if countries reduce their emissions to “net zero” – meaning they release no more greenhouse gases into the atmosphere than they remove.

The 27-country EU, Britain, Canada, Japan and others have pledged to reach that goal by 2050, with China and India aiming to achieve it later.

Despite those long-term pledges, global emissions continue to rise. Carbon dioxide concentrations in the atmosphere averaged around 417 ppm in 2022 – the highest level for over 2 million years, C3S said.

Other parts of the world faced a year of climate devastation, as global warming continued to hit the world’s poor and vulnerable populations hardest. Flooding in Pakistan killed at least 1,700 people, while drought decimated livestock populations in Somalia.