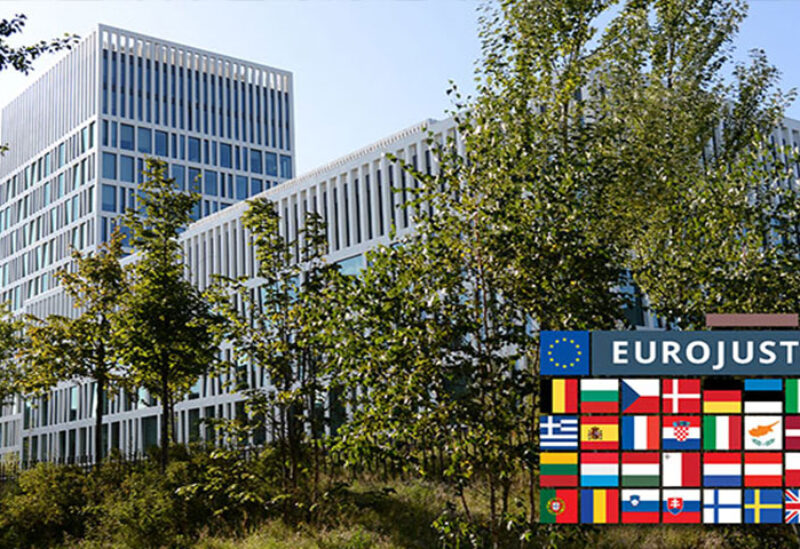 Eurojust, the EU’s crime agency, recorded a 13 percent rise in the number of crime and terror cases it dealt with last year, despite difficult working conditions during the Covid-19 pandemic.

The President of the European Parliament’s Committee on Civil Liberties, Justice and Home Affairs, Ladislav Hamran, said the agency faced difficult working conditions due to the pandemic.

“In 2020, the Covid-19 pandemic had us face the most significant and unpredictable challenges in decades,” he said.

“I am incredibly proud of the flexibility, resilience and determination that Eurojust has shown in the face of this crisis.

“Our operational support was never interrupted and our impressive results confirm that even under the most difficult circumstances, we are still able to make a real, tangible contribution towards a safer Europe.”

The agency recorded a 16 percent increase in terrorism cases last year and dealt with over 90 requests for help in terrorism-related cases from EU member states.

Some of the cases involved the targeting of foreign terrorist fighters travelling to a conflict zone to join the ranks of a terrorist group or to undergo terrorist training.

Others focused on terrorist networks and cells involved in the recruitment, financing and facilitation of the travel or return of fighters.

In total, 164 cases were directly related to the pandemic, either regarding difficulties with the execution of European Arrest Warrants and European Investigation Orders due to border closures, or fraud related to Covid-19 medical products from the sale of face masks to protective gels.

In one case, Eurojust froze the bank accounts of a criminal gang operating in France and Switzerland which had hacked the computer system of a hospital in the Czech Republic at the height of the pandemic.

t dealt with a number of major cases, from supporting the large scale unravelling of EncroChat, a secret communications network used by criminals, to tackling human trafficking and drugs trade.

“I congratulate Eurojust for the determination it has shown in its mission and for stepping up its action in the midst of an unprecedented crisis,” European Commissioner for Justice Didier Reynders said.

“I am aware that the latest months have put a strain on the functioning of the justice systems in the European Union. Justice will grow stronger after this crisis.

“Member states are increasing spending in the digitalization of the justice systems and are joining forces to prevent cross-border crimes. Eurojust also plays a key role in this transition.”