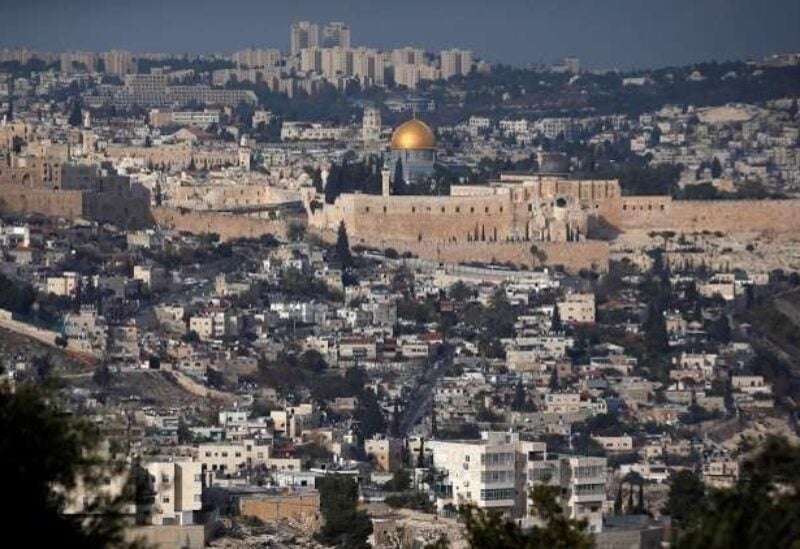 Leading European and Arab world diplomats announced potential “small steps” Thursday toward reviving Mideast peace efforts after upcoming Israeli and Palestinian elections.
The officials — from the UN, EU, Egypt, Jordan, Germany and France — did not release any specific details, however. And the meeting came amid new tensions between Israel and Arab countries around Jerusalem.
There have not been any serious Israeli-Palestinian peace talks in over a decade and it is unclear what the diplomats can do concretely to create conditions to bring the two sides closer together, especially without the participation of the US
The Biden administration has called on both sides to refrain from unilateral steps that could harm peace efforts but has yet to announce any major effort to resolve the decades-old conflict as it focuses on the coronavirus, the economy and other domestic issues.
“We are going to initiate meetings with both parties within a timeframe built around the electoral calendar to identify, with them, the steps they are in a position to take to kickstart mutual trust,” French Foreign Minister Jean-Yves Le Drian said. He mentioned possible health and economic measures, without elaborating.
Any next moves will depend on the outcome of the Israeli election on March 23, as well as Palestinian elections later this year.
The election results could complicate relations, German Foreign Minister Heiko Maas warned, stressing the importance of pursuing dialogue in the meantime. “It is very important that the subject remain on the agenda,” he said.
The Egyptian and Jordanian foreign ministers urged efforts “to save the two-state solution.”
The new UN special coordinator for the Middle East peace process, Tor Wennesland, also took part in Thursday’s talks.