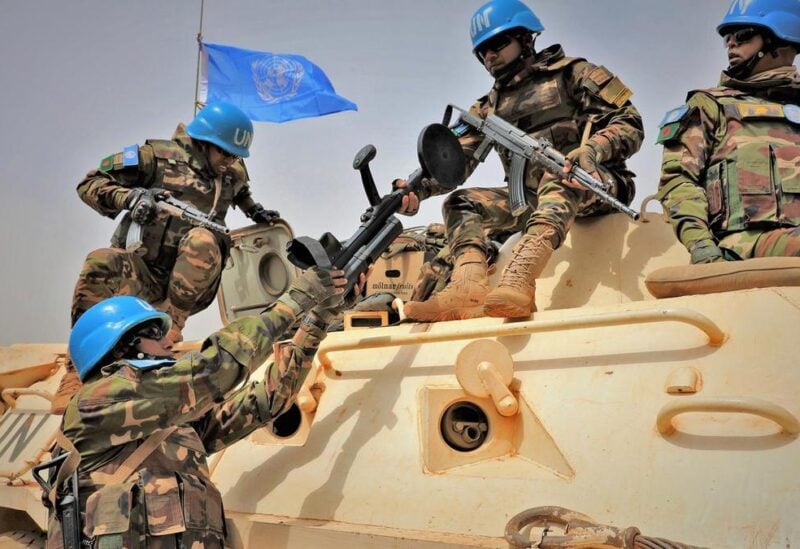 The French military engagement in the West African nation of Mali, will be discussed on Wednesday, between the French President Emmanuel Macron and his European allies. Government officials in Paris say Macron will make a definitive statement on the matter “shortly after” the meeting, while observers expect an announcement late Wednesday or Thursday.

A French withdrawal from Mali, which has been in the cards for months, would spell the end of the French-organized Takuba Task Force, of which Czech and Estonian troops are a part,

A pullout would also raise uncertainty about the future of UN and EU missions in the Sahel. However, France has said it will coordinate with both the EU and UN on Mali and will remain engaged in both missions.

Macron is expected to announce that French troops, stationed in Mali since 2013, will be redeployed elsewhere in the region. For instance, Niger, alongside Burkina Faso, has been the target of Islamist attacks launched from Mali.

The matter is expected to be discussed during a two-day summit in Brussels Thursday and Friday bringing together European and African Union leaders. Macron will also meetAfrican leaders on Wednesday.
The Western mission to Mali initially began as one designed to crush Islamic jihadis in the region, but has deteriorated considerably since jihadis have regrouped, aided by two coups in the former French colony since May 2020.

Currently, relations between Paris and the military government in Mali — which assumed and consolidated power in the coups — are at an all-time low.

Another source of controversy is the presence of some 1,000 mercenaries from the Russian private security group Wagner, who arrived after the French began to turn over power at military bases to Malian forces.

On Monday, French Foreign Minister Jean-Yves Le Drian said, “If the conditions are no longer in place for us to be able to act in Mali — which is clearly the case — we will continue to fight terrorism side by side with Sahel countries who want it.”
That sentiment was echoed on a video call Tuesday, when German Defense Minister Christine Lambrecht told her Malian counterpart Sadio Camara: “If elections are delayed for four or five years, then there is no basis for further German engagement.”

Lambrecht said the presence of Russian mercenaries was counterproductive in terms of sustainable development, respect for human rights and trust in Malian authorities.

The defense minister added that the idea of Malian soldiers being trained by the German Bundeswehr only “to work with Russian mercenaries, is unthinkable.”

Camara assured Lambrecht that the government had not signed any contracts with Wagner.

Some 1,300 German troops are currently stationed in Mali as part of the European Union Training Mission (EUTM) and the UN’s MINUSMA (Multidimensional Integrated Stabilization Mission in Mali). The deployment — the future of which will soon be debated in the German parliament — is set to run out on May 31.

“Mali has to reinvent itself, reform itself and overcome uncertainty. Germany has been at Mali’s side long enough to truly help. I think it would be good if Germany continued to do so by sending representatives to maintain dialogue,” she said.

“Germany should take its time before deciding on the presence of the Bundeswehr in order to really understand what has to be done,” she added.
Spanish Foreign Minister Jose Manuel Albares said that any decision regarding the presence of European soldiers would have to be made at the EU level but insisted motives for maintaining a presence there remain. He made the comments while hosting German Foreign Minister Annalena Baerbock.

Previously, Denmark announced the withdrawal of its contingent of elite soldiers in late January, and Norway abandoned a planned deployment.

European fears of a security gap in Mali
European governments have been critical of Mali’s military junta, pointing to delays in restoring civilian rule and the hostile attitude it has displayed toward the presence of EU soldiers while simultaneously deepening its ties with Russia and welcoming Wagner mercenaries.

Mali’s military leaders have reacted angrily, even expelling the French ambassador over critique from Paris.

Mali is just one of seven African countries to have experienced a military coup over the past 18 months. Western leaders fear the shifting dynamics of the situation could give rise to groups linked to Al-Qaeda and “Islamic State” (IS).

This weekend, France said its troops killed 40 jihadis in Burkina Faso, including some believed to have been behind three improvised bomb attacks in northern Benin that killed nine people, including a French national.

EU leaders bemoan the fact that Mali has failed to commit resources to reasserting authority over areas that had been cleared of jihadis by French troops. The country’s armed forces remain weak despite years of European training and with the withdrawal of European troops they will also lose invaluable air support, which observers say could lead to a security gap.