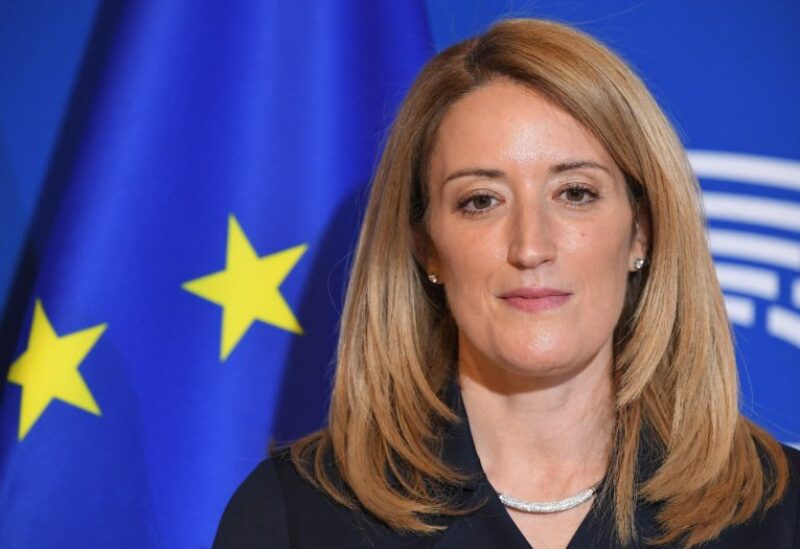 Maltese conservative Roberta Metsola was elected Tuesday as the President of the European Union.

Metsola has been acting president since the death last Tuesday of her predecessor David Sassoli, to whom she was vice president.

She was elected with a clear majority of 458 out of 616 ballots cast.

The timing of the election had nothing to do with Sassoli’s death. He had been due to leave at the end of January — after two-and-a-half years in post — under a power-sharing deal.

At the age of 43, Metsola is the youngest person in the history of the legislature to hold the post and the first woman in 20 years.

She comes from the conservative European People’s Party (EPP) faction, whereas Sassoli was a member of the center-left Socialists & Democrats (S&D) political grouping.

Metsola switched from Maltese to Italian and English to French in her maiden speech.

“I feel honored by the responsibility with which you are entrusting me,” she told fellow lawmakers at the parliamentary meeting in the French city of Strasbourg.

She gave a warning that some forces would “continue to test the limits of our values and European principles,” warning that the legislature would need to “fight back against anti-EU sentiment which takes hold so quickly and so easily.”

“To those who seek to destroy Europe, know that this house stands against you,” she said.

Metsola has been a member of the European Parliament since 2013. As a member of Malta’s center-right Nationalist Party, she has been active since her youth having campaigned as a student for the small island nation to become a member of the EU. Her strong opposition to abortion has drawn criticism from some opponents.
As President of the European Parliament, she will direct the activities of the legislature’s plenary sessions, and maintain order during sittings. The president also gives the floor to speakers, signs laws, and customarily speaks at the opening of EU summits.

The Greens, the Left and the national-conservative European Conservative and Reformist factions also presented candidates. However, as the EPP’s choice, Metsola had been considered the frontrunner.

The parliament has had only two previous female presidents, Simone Veil and Nicole Fontaine, both French, since it became a directly elected assembly in 1979.

“As the third woman to head this noble house, your hard work & determination are an inspiration to us all,” she tweeted.
Sassoli passed away at the age of 65 after several months of poor health. He had been a member of the EU assembly for more than 10 years, having switched from journalism to politics with Italy’s center-left Democratic Party.

He was unexpectedly elected in 2019 with the support of two major political groupings — the S&D and the EPP, as well as liberal members.

Sassoli and the groups had reached an agreement for him to hand over the post to someone from the EPP halfway through his term.

The parliament on Monday honored Sassoli at a plenary session in Strasbourg on Monday, with fellow parliamentarians holding a minute’s silence.

Italy honored him with a state funeral in Rome.