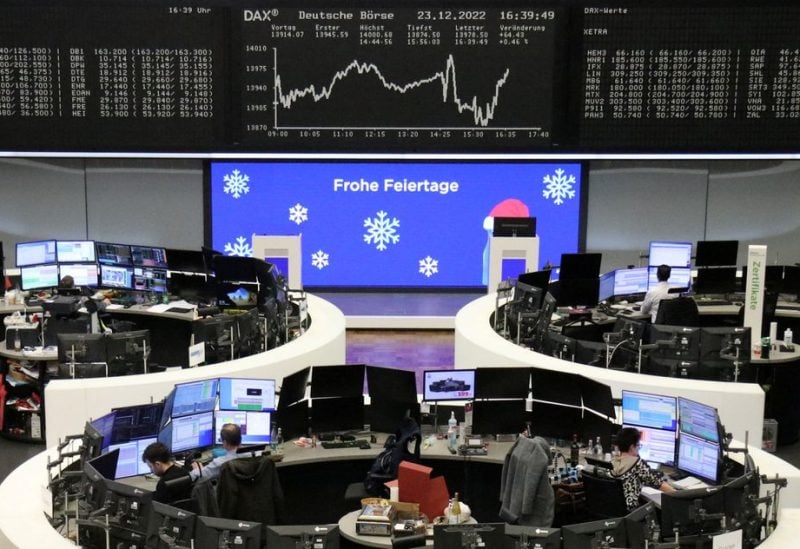 European stocks rose on Tuesday, tracking a global rally in equities, after China eased COVID-19 restrictions, raising hopes for a recovery in the world’s second-largest economy.

The pan-European STOXX 600 index rose 0.4% to begin the holiday-shortened week on a positive note.

While London and Dublin markets remained closed for the Christmas holiday, most European bourses advanced in early trading.

However, rise in COVID-19 cases in China could “throw a shadow on the reopening glow,” Ozkardeskaya added.

Miners and energy stocks added 1.0% and 1.4%, respectively, according to Refinitiv data based on Thursday’s closing price, as commodity prices jumped on hopes of demand recovery in top consumer China. On the day, these sectors also rose.

German companies expect only a mild recession next year despite headwinds from the energy crisis, raw material shortages and a tepid global economy, a Reuters survey showed.

The European STOXX 600 index has lost nearly 12% so far this year, and is headed for its worst annual performance since 2018, on fears of economic recession due to aggressive monetary policy tightening by central banks globally.

Among individual movers, Leonteq fell 4.4% after the Swiss fintech firm said it was lowering its profit expectations for 2022 due to reduced client demand in the second half of the year.

Belgium-based Lotus Bakeries NV declined 4.6% to the bottom of the index.