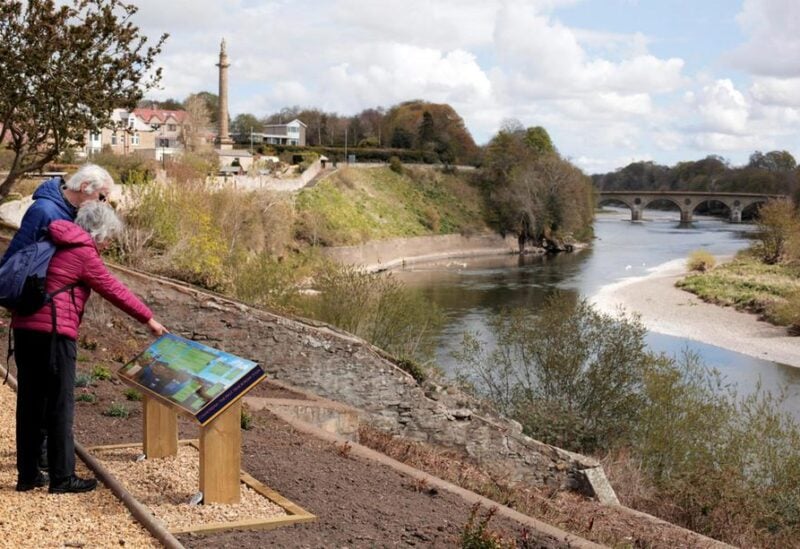 For John Elliot, the town of Coldstream where he was born and raised is Scotland’s “only authentic border town”, a historic crossroads between England and Scotland on the scenic banks of the River Tweed.

The nearly invisible boundary on Coldstream Bridge is suddenly up for discussion.D epending on the outcome of election next week  a “hard border” with customs checks at the gateway to an independent Scotland could be in prospect.

If it came to pass, Mr Elliot fears that the town’s unique character could be eroded.

“The history of this place is of to-ing and fro-ing all the time,” said Mr Elliot, 76, the chairman of Coldstream’s local history society. “The animosity that exists further north in Scotland towards the English doesn’t exist here.

“I would think that it would change that whole attitude if there were a hard border here.”

Coldstream, a town of about 2,000 people on the Scottish side of the river, would be on the front line of Europe’s newest international border if Scotland voted for independence.

Voters go to the polls in a Scottish Parliament election on Thursday, with the ruling Scottish National Party seeking a mandate for its calls for a second independence referendum in a generation.

Many people in Coldstream cross the border regularly because they live on one side of the river and work on the other.

Louisa Coates, 54, runs a shop called the Old Post Office Flower Room in Coldstream, but her home is on the English side of the border.

Her doctor is in Scotland and her dentist in England, and ambulances habitually cross the border to take patients in England to a Scottish hospital.

She worries that a hard border could affect her flower shop, which she opened in 2019 not long before the onset of the pandemic.

“If there’s a hard border, does that mean my deliveries don’t get here on time?” she asked.

But she voiced hope that the restrictions might be minimal. “If there’s no border control, then it wouldn’t make any difference at all.”

Covid-19 made the border more noticeable than usual because England and Scotland each set their own lockdown policies.

Until April 26, non-essential travel from Scotland to England was banned under coronavirus restrictions imposed in December.

Trevor Brunning, 57, the owner of an army surplus shop called Walk This Way, said he had noticed a decline in business when pandemic-related travel restrictions were in force.

A permanent hard border would make things worse. “It goes without saying, it would be a disaster,” he said. “It’s a nightmare.”

Locals see Coldstream as a stronghold of the anti-independence movement, or unionists.

When Scotland rejected independence at the referendum in 2014,  67 per cent of voters in the Scottish Borders region were opposed to the idea.