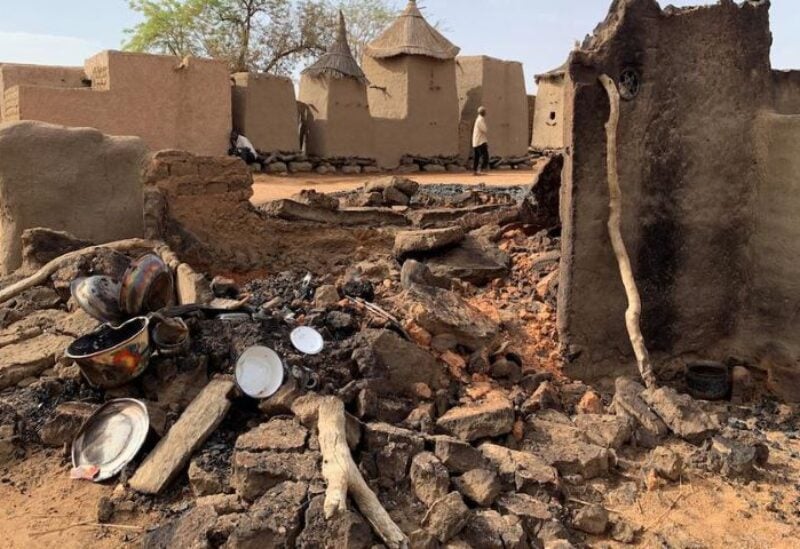 “If there’s no peace and security in Africa, then the world won’t have peace and security,” said Senegal’s president Macky Sall, when calling for more solidarity with Sahel states in the fight against terrorism.
Sall said in a DW interview conducted shortly before France and its European allies announced they would pull their troops out of Mali.

Africa is increasing becoming a “soft target in the international war on terror,” said Sall, currently the African Union chairperson.
Sall points out that when it came to combating terror in Afghanistan, a multi-nation mission sent more than 100,000 troops from 42 countries to the country.

But, he says, when it comes to the Sahel, the picture is very different.

“We have been pleading with the [UN] Security Council for the last 10 or 12 years to take greater responsibility, to have a mission with a more robust mandate,” Sall said. “But we have not been able to rally [support] for this.”

Instead, international military support is weakening.

On Thursday morning, France and its allies in the fight against Islamist insurgents in Mali said they would begin a coordinated withdrawal of military resources.

Speaking at a press conference, French President Emanuel Macron said France would pull most troops out of Mali within six months, sealing an end of Operation Barkhane and Operation Takuba, which includes some 14 European nations.
The announcement also raises questions about the future of the EU Training Mission (EUTMA), which involves some 300 German soldiers.

“This will also have an impact on our joint international engagement, and we are liaising closely with our partners on this,” said Katja Keul, minister of state at Germany’s Foreign Ministry, in a press statement released on Thursday.

Mali’s military seized power in a coup for a second time last May. After initially agreeing to hold elections in February 2022, the military leadership announced it would delay the transition to a civilian government and hold elections in 2026.

“So far, the military government in Bamako has not showed any credible signs of returning quickly to democracy,” Keul said.

Amadou Maiga, parliamentary secretary of Mali’s transitional government, is hoping Germany, a longstanding partner, will continue its presence in Mali.

“Mali must reinvent itself, reform itself and, of course, fight instability. Germany has long been a friend of Mali and can help its brother,” Maiga told DW.
Minister of state Keul said, however, that Germany’s goals on the ground in Mali “remain the same, namely that we want to improve the security of the people and the stability of the region.”

German Defense Minister Christine Lamprecht also stressed on Thursday the importance of “continuing the fight against terror in the Sahel.”

The French troop withdrawal has also reduced the chances of the UN’s mission in Mali, MINUSMA, getting on top of the situation, says Ulf Laessing, head of the Region Program Sahel at the Konrad Adenauer Foundation (KAS).

“The pullout of the French and its European allies is definitely a blow to the German Bundeswehr and the entire UN mission in Mali,” he told DW.

Germany currently has 1020 troops in Mali as part of MINUSMA.

“The French as an anti-terror unit can’t be replaced by a UN entity, which has a defensive mandate, and is not equipped to stop terrorism,” Laessing said.
Meanwhile, France is looking to shift the base of its military operations to Niger, in the tri-border region to Burkina Faso and Mali.

France has become increasingly unpopular in its former colonies. In December 2021, a convoy of French troops heading to Mali was repeatedly blockaded by protesters as it crossed Burkina Faso and Niger.

In the past, France maintained close contact with authoritarian leaders and elites. This history has fueled people’s fears that current leaders could cosy up to the French military to stay in power.

Accepting the French troops is “a risk for Niger’s stability and its survival at a time when we are witnessing a return of the military to power in West Africa generally,” Tchangari said.

Peace Mahamadou Idder Algabid, head of the Niger NGO Acting for Peace and Security in the Sahel believes the reshuffling of troops could “add fuel to the fire.”

He warns that the tense political atmosphere, which has already been “poisoned by misinformation,” could become worse.

Sall also questioned the international community’s reactions to the escalating violence and attacks in the western Sahel, a vast semi-arid region stretching from Senegal and Mauritania to Mali, Burkina Faso, Niger and Chad.