“Everything will be ok” teenage mourned in Myanmar 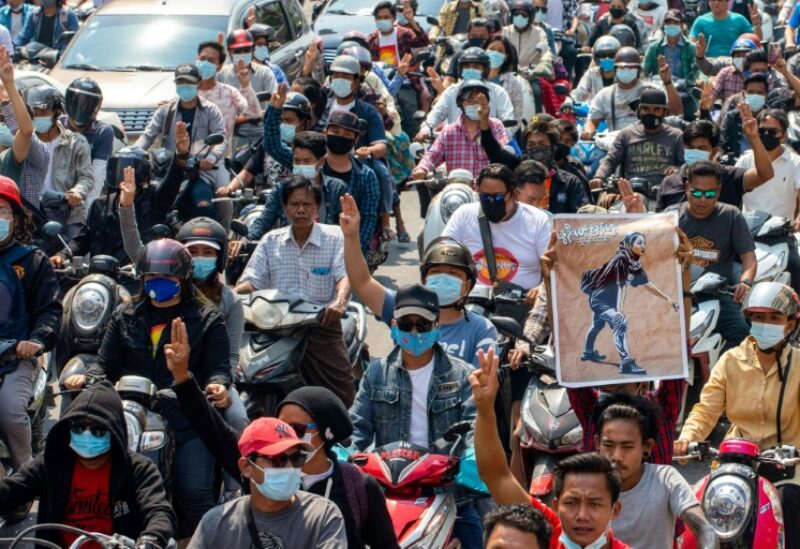 “Everything will be OK”, Kyal Sin, known as Angel, was wearing a T-shirt with this phrase when she died yesterday during anti-coup protests

Crowds gathered in Mandalay on Thursday for her funeral, while   tributes have flooded in on social media, with many calling her a “hero”.

On Thursday in Mandalay, people lined the route of Angel’s funeral procession.

Images of the teenager wearing her “Everything will be OK” T-shirt at the protests had gone viral.

Aware of the dangers of taking part in the protests, she had written her blood type details on Facebook and requested that her body organs be donated in the event of her death.

Myat Thu, who was with her at the protest on Wednesday, said she had kicked open a water pipe so protesters could wash tear gas from their eyes. She had also tried to help him as police opened fire.

“She told me ‘Sit! Bullets will hit you’,” he told Reuters. “She cared for and protected others.”

He said police hit them with tear gas and then the bullets came.

Myat Thu said Angel, who had proudly voted in elections for the first time last year, was a “happy girl”.

“She loved her family and her family loved her so much too,” he said. “We are not in a war. There is no reason to use live bullets on people”

People also paid tribute to Angel on social media. One friend wrote on Facebook: “My heart feels so my hurt.”

Another said: “Rest in peace my friend. We will fight this revolution to the end.”

Myanmar has seen mass protests since the military seized power on 1 February, with demonstrators calling for an end to military rule and the release of its democratically elected leaders, including Aung San Suu Kyi.

Dozens of countries have now condemned the violence in Myanmar, though this has been largely ignored by the coup leaders.

Myanmar’s military seized power after overthrowing the government and declared a state of emergency.

Just days later, the civil disobedience movement began to emerge, with many people refusing to return to work.

The movement quickly started to gain momentum and it was not long before hundreds of thousands of people began taking part in street protests.

The military has not commented on the reported deaths.