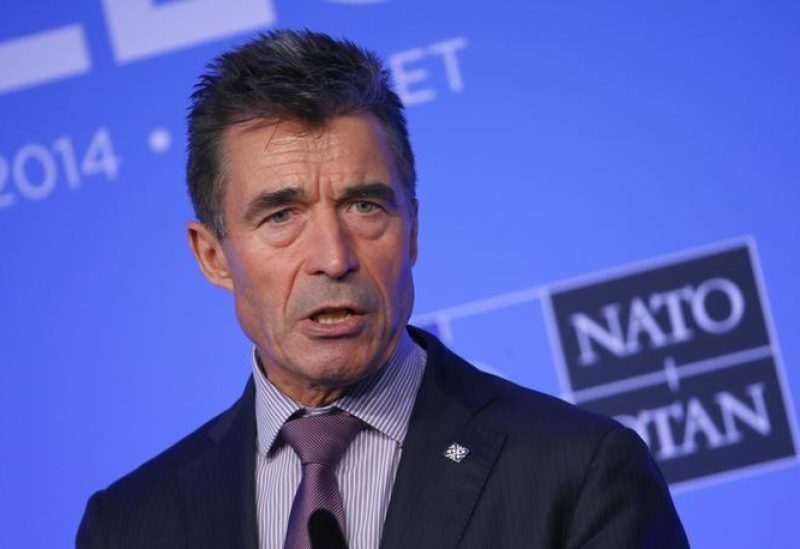 NATO Secretary-General Anders Fogh Rasmussen speaks during a news conference on the second and final day of the NATO summit at the Celtic Manor resort, near Newport, in Wales September 5, 2014. REUTERS/Yves Herman

The former leader of NATO cautioned that democracies must band together to combat “advancing autocracies,” adding that Taiwan must be allowed to determine its own path, during a high-profile visit to Taiwan on Wednesday.

The comments were delivered by Anders Fogh Rasmussen, a former Danish prime minister and NATO secretary general from 2009 to 2014. He was speaking to Taiwanese President Tsai Ing-wen.

“We need to strengthen our fight against, or our attempts to counter, the advancing autocracies,” said Rasmussen, founder of the Alliance of Democracies foundation, which hosts an annual democracy summit in Copenhagen.

“The world’s democracies represent 60 percent of the global economy, if we can work together, then we are representing a formidable force that will create respect in Beijing and other capitals of autocratic nations.”

Taiwan lives under constant threat of invasion by China, which claims the self-ruled democracy as part of its territory to be retaken one day, by force if necessary.

Russia’s invasion of Ukraine has also deepened fears that Beijing might try something similar.

In his remarks to Tsai, Rasmussen said Taiwan had the “right to exist in freedom and peace” as well as the right to decide its own future.

President Xi Jinping, China’s most assertive leader in a generation, has made clear that what he calls the “reunification” of Taiwan cannot be passed on to future generations.

Last year saw a spike in tensions as Beijing ramped up military pressure and launched its largest war games in decades to protest against a visit by US House Speaker Nancy Pelosi in August.

China opposes any official exchanges between other countries and Taiwan and has reacted with increasing anger over visits by Western politicians.

Rasmussen’s foundation, which invited Tsai to address its annual democracy summit for three consecutive years from 2020, was sanctioned by Beijing in 2021.

In a New Year speech Sunday, Tsai said ramped-up Chinese military activities around Taiwan were “unhelpful” for maintaining relations between the two.

“War has never been an option to solve problems. Only dialogue, cooperation and the common goal of promoting regional stability and development can make more people feel safe and happy,” she said.