Ex-Ukraine defence chief says Russia could seize any city in Ukraine. But will it plan full-scale invasion? 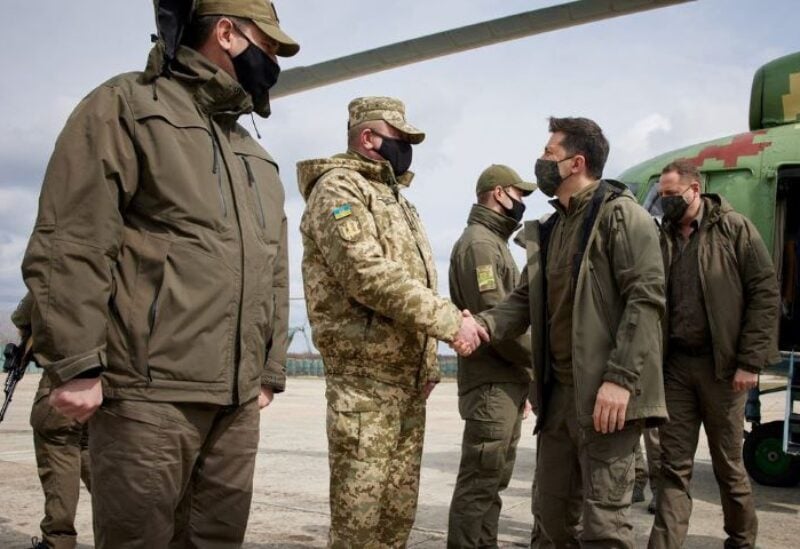 Ukraine's President Volodymyr Zelenskiy shakes hands with a serviceman during his working trip to the frontline with Russian-backed separatists in Donbass region,

However, Zagorodnyuk further added that Moscow might fall short in numbers for a full takeover and occupation of the country, the report published on February 6 added.
In an interview with the media outlet, the former defence minister said that the situation is “pretty dire”. “Russia could now seize any city in Ukraine. But we still don’t see the 200,000 troops needed for a full-scale invasion,” he was quoted as saying.
He said, “We don’t see a political endgame here. If Putin seizes Kyiv, there will be full-scale war. The Ukrainian army forces will fight. There will be enormous resistance for all time. Why would you do that?”

“Ukraine is not going to say: ‘Let’s join Russia.’ This is understood. Unless, of course, Putin is totally delusional and has his own understanding of reality. There will be blood, sanctions. Nobody needs that kind of international war in Europe right now.” Zagorodnyuk was quoted by the media portal.

“We are in the window. Any day now, Russia could take military action against Ukraine, or it could be a couple of weeks from now, or Russia could choose to take the diplomatic path instead,” Sullivan told the “Fox News Sunday” program.

Ahead of Sullivan’s comments, two US officials said Russia has in place about 70 per cent of the combat power it believes it would need for a full-scale invasion of Ukraine.

Amid calls to defuse tensions with diplomacy, further US troops arrived in Poland on Monday (February 7) following elite troops, the chain of command and other personnel at the weekend.

Washington is reinforcing its NATO allies in Eastern Europe amid a Russian military build-up on Ukraine’s border. wions