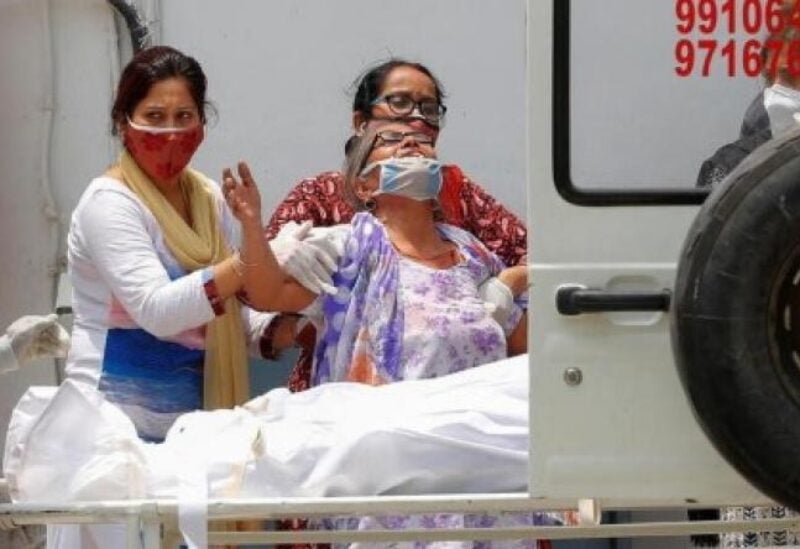 India has reported the highest number of single-day COVID fatalities, as the death toll climbed to 278,719 with a record 4,329 new deaths on Monday. The mortality figure in the last 24 hours overtook the count of 4,205 deaths recorded a week earlier on 11 May. Indian Health Ministry data suggests that five states — Maharashtra, Karnataka, Delhi, Uttar Pradesh, and Tamil Nadu – have been reporting at least 300 deaths every day on average.

On the contrary, the country has recorded a significant decline in daily COVID-19 cases, with 263,533 infections in the past 24 hours. The single-day rise is the lowest in 28 days, according to Indian Health Ministry data updated on Tuesday. As per the Health Ministry, more than 70% of the deaths occurred due to comorbidities.

While speaking to Sputnik, Dr Himanshu Shekhar, medical director at the SCI International Hospital said: “Because of the mutant strain of the COVID virus, lungs are getting affected quickly. This is leading to a lot of complications like organ failure and ultimately resulting in death”.

Indian government data suggests that 66,866 people are reported to have died in May alone, making it the deadliest month during the pandemic. In April, over seven million infections were detected and close to 49,000 deaths were recorded officially. The exponential surge in infections across the country triggered massive shortages of medical facilities in states like Uttar Pradesh, Delhi, Maharashtra, and Punjab. States like Bihar, Uttar Pradesh, West Bengal, and Uttarakhand are facing severe shortages of medical facilities as the second wave of infections spread into rural areas of the country.

Several doctors also emphasised that the lack of essential medical facilities and treatment at the right time are also responsible for the rising COVID-triggered deaths.

“Despite the drop in COVID-19 cases, the death rates are higher. The reason behind this is that patients are coming to the hospital when they reach the severe situation. When they are short of breath and require oxygen, it becomes extremely challenging for us to bring back the patient to stability when we know that the virus has progressed. Moreover in this state, lack of oxygen and beds has further added to the woe. Additionally, the unavailability of few drugs and untimely treatment has worsened the situation”, Dr Aafrin Shabbir, a senior consultant at Gleneagles Global Health City in Chennai told Sputnik.

In a weekly media briefing on COVID-19, Indian Health Ministry spokesperson Lav Agarwal warned people, saying that only 1.8% of India’s total population has been affected by the virus so far.

“We have to protect 98 percent of the population”, Agarwal said.

Doctors have highlighted that the change in the virulence of the mutant COVID strain is also behind the increased fatalities.

“Patients do not succumb to the virus on day one of the infection. The reports we read today based on the rise in mortality are amongst patients affected by the virus a couple of weeks ago or maybe longer. It takes at least a two-week lag period to calculate the surge fall in cases and decline in mortality rate. The fall in mortality rates and rise in recovery will be evident only when a patient tested positive recovers, which will take two or three weeks”, Dr Jai Mullerpattan, consultant pulmonologist at the P.D Hinduja Hospital and Medical Research Centre told Sputnik.

India, the world’s largest vaccine-producing nation, has been able to inoculate 141.6 million individuals with at least one vaccine dose so far, which is around 10% of its 1.35 billion people. The government has asked vaccine makers to expedite production to increase vaccine supplies.