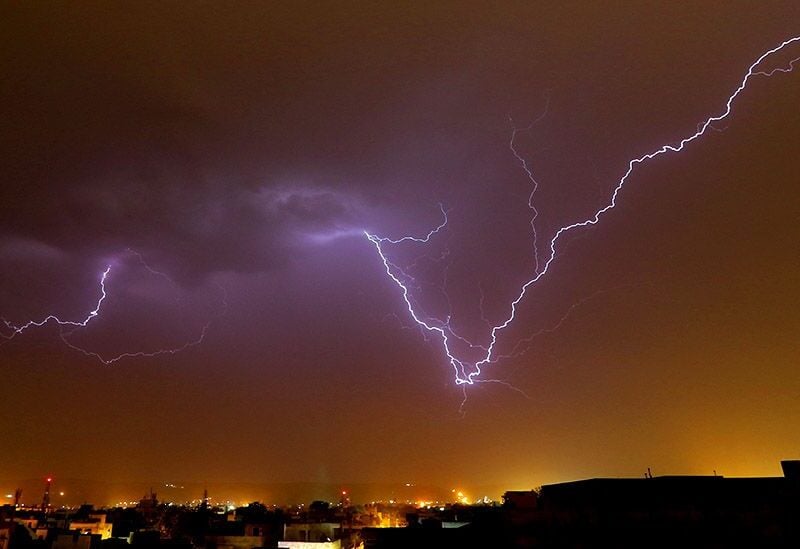 According to India’s National Disaster Management Authority (NDMA), thunderstorms accompanied by lightning strikes during the pre-monsoon and monsoon seasons are the single largest cause of death from a natural disaster in India, resulting in more than 2,000 fatalities every year since 2004.

Experts say that a hiatus in the monsoon season has led to an increased case of lightning.

“There have been around 10 days’ break in the monsoon and this absence of rain has caused significant surface heating. Now with the monsoon returning, the increase in humidity has led to the development of thunder clouds and the collision of ice particles which means that lightning strikes will follow,” Mahesh Palawan, a meteorologist at private weather forecast organisation Skymet told Sputnik, adding that the atmospheric conditions were conducive for the formation of severe thunderstorms in the pre-monsoon season as well.
About 50 percent of India’s farmland is non-irrigated and relies on the rains from June to September (commonly known as the monsoon season). However, in recent years, the monsoon has been delayed by 10 to 15 days across northern and central parts of the country and India’s meteorological department has therefore warned people that extreme weather is the new normal.

“Climate change is leading to an increase in the frequency and intensity of extreme weather events, and this is happening across the globe. The geographical and demographic variation of India makes it vulnerable to climate change,” a senior Indian Meteorological Department (IMD) told Sputnik.

Earlier this year, the country’s weather department also said that deaths by lightning strikes have doubled in the country since the Sixties and one of the reasons they gave for this change was the climate crisis.

“It is quite evident that climate change has resulted in increased lightning incidences,” said Palawat.

Damage from natural hazards has been rising in recent years and climate change is likely to make such events even more dangerous. “What is of more concern is that both the severity and frequency of lightning are expected to shoot up because of the rise in global temperature,” Palawat stressed.

And Sunil Pawar, project director at Thunderstorm Dynamics in the Indian Institute of Tropical Meteorology, Pune, added that: “Lighting mortality is only going to increase in coming years if the government fails to take enough action.”

Officials say death from lighting is commoner in areas where there is thinner tree cover, leaving people vulnerable to being struck.