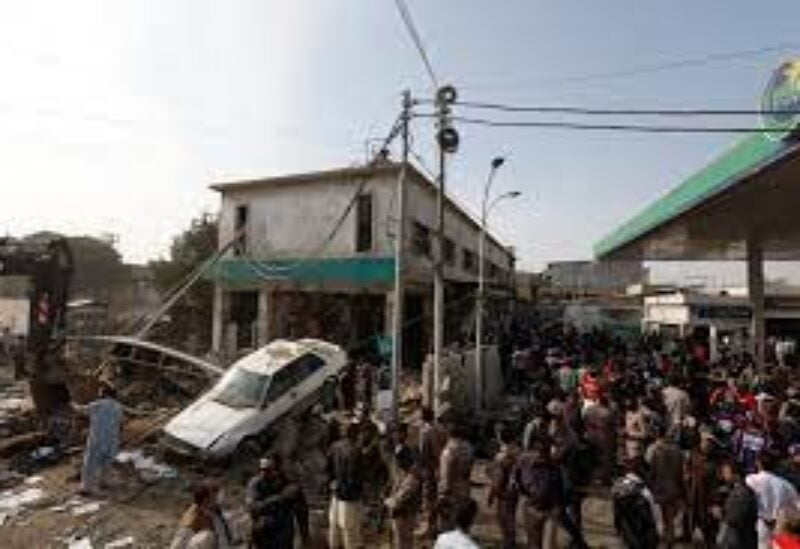 According to authorities, an explosion at a bank branch in Karachi’s industrial district killed at least 15 people and injured 16 others on Saturday.

The blast at a branch of Habib Bank Limited, Pakistan’s largest lender, could have been caused by a gas leak, according to a top police officer. Sarfaraz Nawaz also informed reporters that the structure looked to be built over a sewer drain.

“Our explosives teams are working to determine the nature of the blast,” he said. “However, the facility was built on a drain, so gas could be a potential reason.”

In statement on Twitter, Habib Bank said an explosion had damaged its branch and caused casualties and injuries.

“Our sympathies are with the bereaved families,” it added.

A petrol station located next to the bank within the Sindh Industrial Trading Estate and cars parked nearby were badly damaged. Television footage showed the bank’s floor ripped apart, exposing twisted iron bars.

“So far 15 people have died and 16 were brought injured to hospital,” Karachi’s administrator Murtaza Wahab said in a tweet.

Another senior police officer, Sharjeel Kharal, told reporters it was not immediately clear how many were dead or injured in the explosion as the bank had a skeleton staff on Saturday.