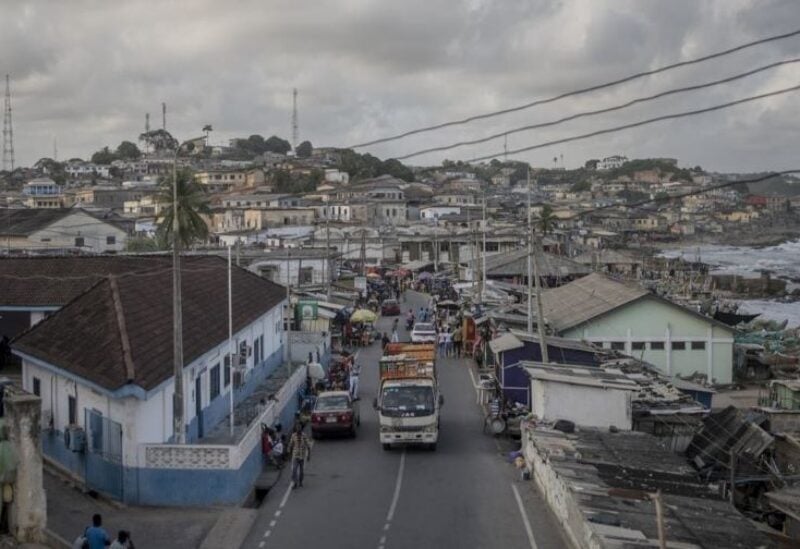 According to the authorities, at least 17 people were killed and 59 were injured in a horrific explosion in a western Ghana town Thursday when a truck carrying explosives collided with a motorcycle.

The explosion at Apiate, near the city of Bogoso, some 300 kilometers west of the mineral-rich West African country’s capital Accra, produced a massive crater and turned dozens of structures to dust-covered heaps of wood and metal.

Locals were seen running towards a roaring fire and billowing clouds of black smoke to survey the damage, while rescue personnel waded through the wreckage looking for survivors.

“Unfortunately, 17 individuals have been confirmed deceased, and 59 injured people have been rescued,” stated Information Minister Kojo Oppong Nkrumah in a statement issued tonight.

Initial indications indicate to “an accident involving a truck delivering explosive chemicals for a mining business, a motorbike, and a third vehicle” that occurred near an electrical transformer, according to the ministry.

42 of the 59 injured are being treated in hospitals or health institutions, with “several in severe condition,” according to Nkrumah.

The government stated that those in critical condition would be sent to Accra hospitals, and police requested that neighbouring communities open their schools and churches to accommodate any further victims.

According to a government news statement, a team of police and army explosive specialists was dispatched to “prevent a second explosion” and to put security measures in place following the blast.