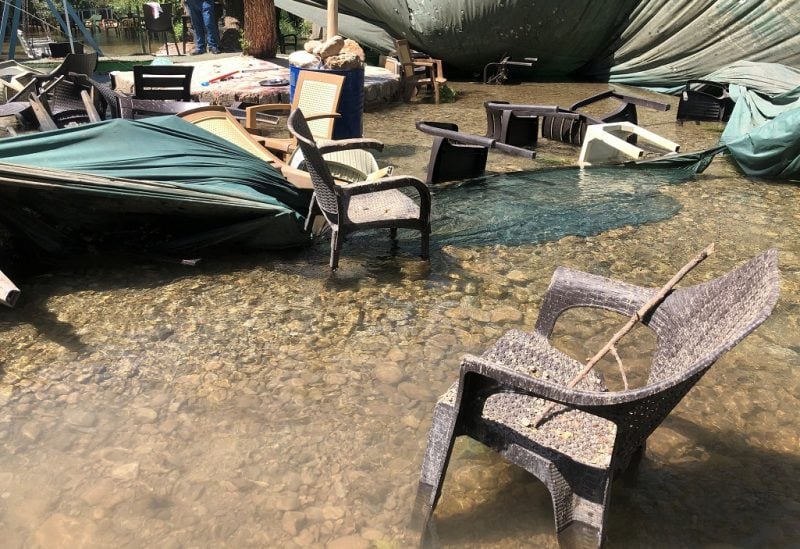 A view of the site of an attack on a mountain resort in Iraq's northern province of Dohuk, Iraq, July 22, 2022. REUTERS/Kawa Omar NO RESALES. NO ARCHIVES

Iraqi state news reported Thursday, that two soldiers were killed and three were injured in an explosion in northern Iraq.
The soldiers were traveling in an army vehicle a day earlier in the Makhmour district when an explosive device detonated, the state Iraqi News Agency reported.
No group immediately claimed responsibility for the attack. It was the latest in a string of similar incidents in recent days.
Eight people were killed and three injured Monday in an attack by gunmen on the village of Albu Bali northwest of Fallujah, previously held by the Islamic State extremist group.
On Sunday, an explosive device went off in northern Iraq, killing at least nine members of the Iraqi federal police force who were on patrol in the village of Ali Al-Sultan in the Riyadh district of the province of Kirkuk.
On Wednesday, Iraqi Prime Minister Mohammed Shia Al-Sudani had convened a meeting of security officials to discuss the “terrorist attacks” and the army’s plans to respond, according to an official statement.
Iraqi officials declared victory over the Islamic State extremist group five years ago, but the group has continued to carry out sporadic attacks, amid fears of a resurgence.