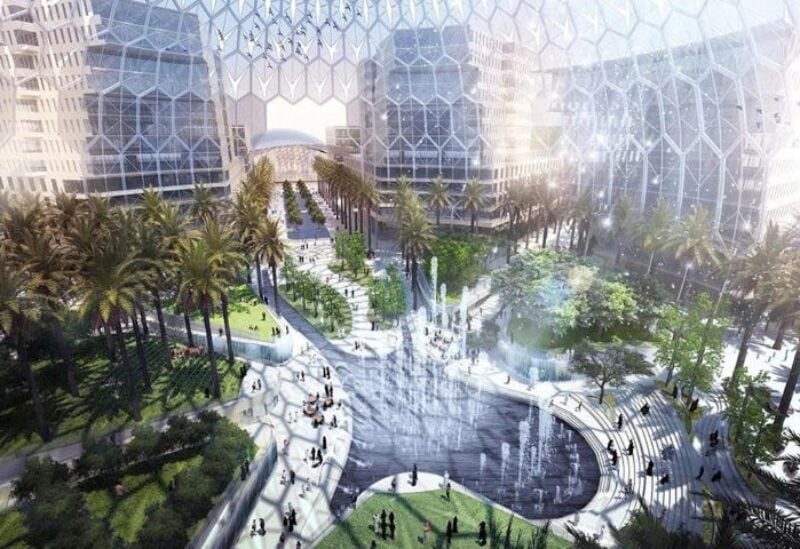 According to Expo 2020 Dubai organizers, the number of visitors to the world’s largest cultural gathering is approaching three million.

Over 100,000 schoolchildren were among the visitors.

Many of the 192 Country Pavilions, which mark the first time in World Expo history that every participating nation has its own pavilion, have proven especially popular. The Saudi Arabia Pavilion, one of the largest on the Expo grounds, has already attracted 500,000 visitors.

Countless star acts have added their names to the list of Expo 2020 performers to date – among the big-name guests gracing Expo stages was Riverdance, the world-famous Irish dance sensation who not only performed for crowds, but also held masterclasses to inspire and involve visitors. The group’s exhibits at Expo will be on display throughout the month of November.

The Hindu festival was celebrated by acts such as India’s Salim and Sulaiman Merchant, as well as Bollywood playback singer Vipul Mehta, at the Expo’s Diwali celebrations. Late Nights @ Expo also hosted a series of music events in celebration of the festival of lights, including a special performance by Indian rapper Badshah.

Visitors also flocked to Expo 2020’s temporary circuit as the world’s best cyclists competed in the Giro d’Italia Criterium – the first official sporting event to be staged at a World Expo.

On World Cities Day, October 31, the Urban & Rural Development Week was launched, along with the announcement that more than 120 of Expo 2020’s permanent buildings would be constructed.

A special Women’s World Majlis reimagined what cities and villages would look like if they were designed by women, as well as the launch of the Last Mile Delivery Roadmap, a blueprint for making informal settlements safe and sustainable, were among the highlights of the week.

The attractions at Expo 2020 will be available until November.

When Nancy Ajram and Ragheb Alama co-headline the second Infinite Nights show on November 12, they will unite the world through the power of music at Al Wasl Plaza and broadcast around the world.

On the same day, Highlight and Punch will perform at the K-pop concert KITE.

On November 13, one of the greatest athletes in history, Usain Bolt – an 11-time world champion, eight-time Olympic gold medalist, and holder of multiple world records – will lead a family run.

With the launch of the Explore Expo 2020 Dubai, Explore the World special raffle to win one million Emirates Skywards miles and a host of other prizes rewarding those who visit as many Country Pavilions as possible – – and visiting is even easier this month, with a new November Weekday Pass for $12. (Dh45).

Expo 2020 Dubai has received 14.8 million virtual visits since October 1, bringing it to a global digital audience.

Expo 2020 Dubai runs until March 31, 2022, and invites the entire world to participate in a celebration of unity, opportunity, creativity, and sustainability that will help shape a better, brighter future for all.