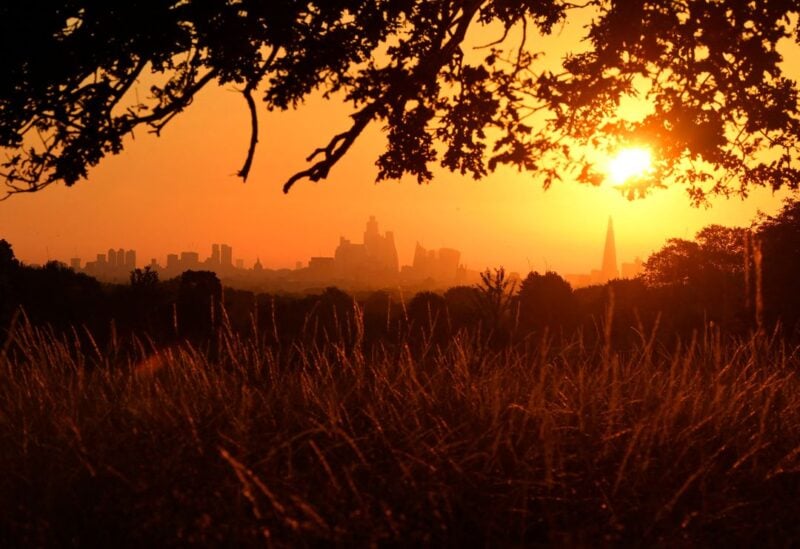 The sun rises above the London skyline, as a second heatwave is predicted for parts of the country, in London, Britain, August 11, 2022. REUTERS/Toby Melville

A four-day “extreme heat” warning went into effect on Thursday in some areas of England and Wales due to the likelihood of another heatwave with temperatures expected to exceed 35 degrees Celsius and put a strain on water supplies and transportation infrastructure.

The Met Office stated that its amber warning, which is its second-severest after red, will persist until Sunday and warned that anyone who are susceptible to excessive heat may experience negative health impacts.

Temperatures are expected to peak at 35C (95 Fahrenheit) on Friday and may hit 36C in some places on Saturday.

Much of England and Wales, plus eastern parts of Northern Ireland and Scotland, are forecast to be “sunny and hot or very hot” on Thursday, the Met Office’s website showed.

The warning follows the driest July for England since 1935, when temperatures rose above 40C for the first time, turning a renewed spotlight to the impacts of climate change.

During July’s heatwave, Britain, which is less used to such high temperatures, faced power outages, damage to airport runways and rail tracks and dozens of blazes in London, where the fire brigade faced its busiest week since World War Two.