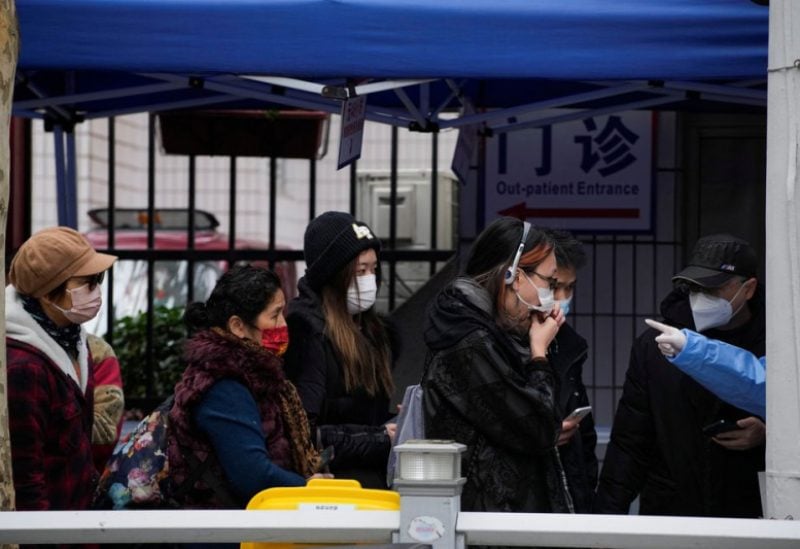 A woman takes a rapid antigen test for COVID-19 at an entrance of a hospital, as coronavirus disease (COVID-19) outbreaks continue in Shanghai, China, December 12, 2022. REUTERS