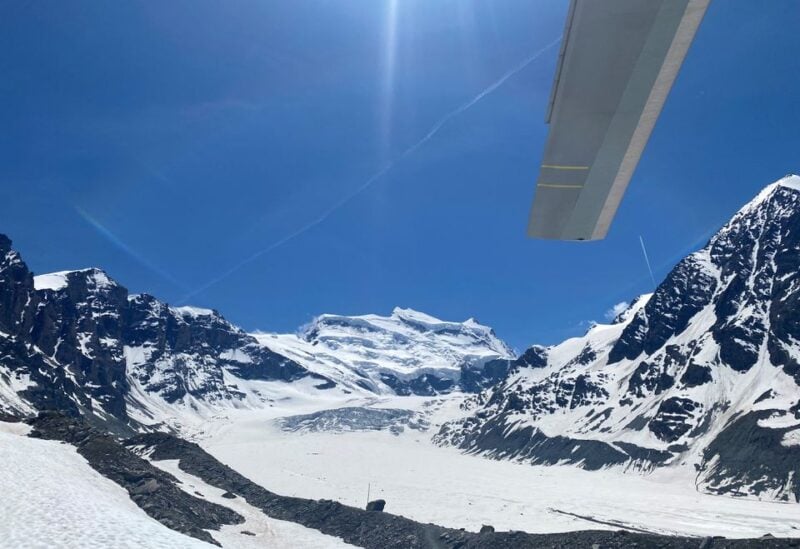 The Grand-Combin mountain is seen near Bourg-Saint-Pierre in Val de Bagnes, Switzerland, in this picture released May 27, 2022. Police Cantonale du Valais/Handout via REUTERS

Two climbers were killed and nine others were injured by falling ice boulders on a peak in southwestern Switzerland on Friday, requiring a large rescue operation, according to authorities.

Several ice chunks fell from the Grand Combin peak in the Val de Bagnes region of the canton of Valais, pelting the climbers below.

Seven rescue helicopters scrambled to the site, evacuating others of the 17 climbers who were at the scene in various groups.

The two who died were a 40-year-old French national and a 65-year-old Spaniard, police said. Two of the nine hurt sustained serious injuries.