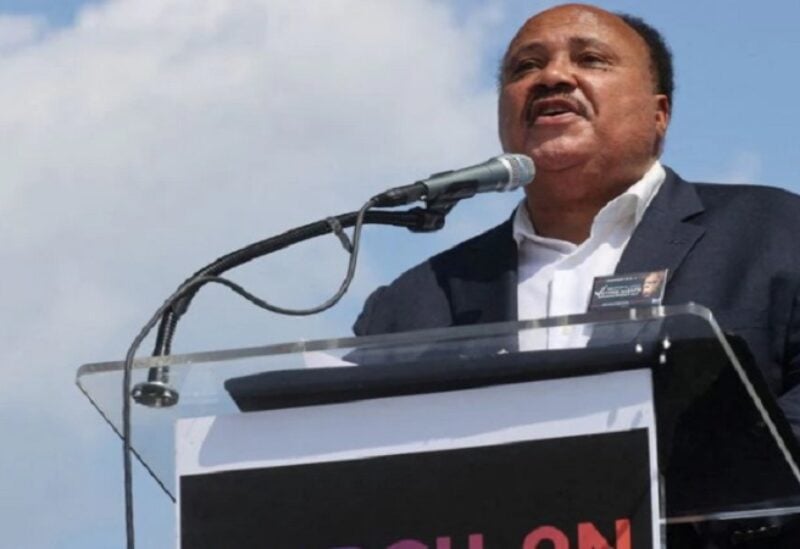 Descendants of the slain civil rights icon the Rev. Martin Luther King Jr. and their supporters plan to march on Washington on Monday to urge President Joe Biden and his fellow Democrats to push harder to pass a bill protecting voting rights.

Starting at around 9:30 a.m. EST (1430 GMT), the family and over 100 national and local civil rights groups will meet for the annual Martin Luther King Jr. Day D.C. Peace Walk, marching across the Frederick Douglass Memorial Bridge.

The march follows a disappointing week for Democrats that saw Biden travel to the Capitol to urge his Senate colleagues to change the chamber’s rules to allow them to overcome Republican opposition to the bill, only to be forcefully rejected by two centrist Democrats who hold effective veto power.

The bill would expand access to mail-in voting, strengthen federal oversight of elections in states with a history of racial discrimination and tighten campaign finance rules. Democratic supporters say it is needed to counter a wave of new restrictions on voting passed in Republican-led states that election observers say would make it harder for minority and low-income voters to cast ballots.

That new restrictions are following former President Donald Trump’s false claims that his 2020 election defeat was the result of widespread fraud.

Top Senate Democrat Chuck Schumer said on Thursday the chamber would take up the bill on Tuesday, a delay from his earlier plan to hold a procedural vote on the bill by Monday, the federal holiday honoring King.

“I just don’t know what’s going to happen between now and Tuesday,” said King’s eldest son, Martin Luther King III, in an interview before the march. “None of us have a crystal ball.”

Republicans, who hold half the 100 seats in the Senate, are united in opposition to the bill, which they contend is a partisan power grab. That leaves Biden and Schumer just one path to passing it: convincing centrist Democratic Senators Joe Manchin and Kyrsten Sinema to agree to change the chamber’s “filibuster” rule that requires at least 60 senators to agree on most legislation.

‘MANY TIMES WE HAVE OVERCOME’

Some civil rights groups in Georgia that helped propel Biden to presidential victory during the 2020 election boycotted his voting rights speech in Atlanta last week, saying they were disappointed by Biden’s lack of action.

“Black voters risked everything – including their own health at the height of the pandemic – to vote Biden and Senate Democrats into office,” wrote Cliff Albright and LaTosha Brown, co-founders of Black Voters Matter in a response to Biden’s speech.

“It’s time that officials in Washington treat us and our rights with the same level urgency.”

Should these groups lose enthusiasm for Democrats, it could increase their chances of losing their razor-thin majorities in at least one chamber of Congress in the Nov. 8 elections.

King III told Reuters he believed history would judge moderates like Sinema and Manchin harshly. He said there was a clear need for action to protect voting rights due to the proliferation of laws to restrict ballot access in Republican-controlled states.

In his famous 1963 letter from a Birmingham jail, King – who faced death threats for advocating for the civil and economic rights of Black Americans – outlined his own difficulties with moderates who he said blocked progress. Citing his father’s experience of overcoming obstacles, however, King III said he was hopeful there would be a breakthrough.

“That’s the spirit I come to it with,” King III said. “The pendulum has always been against us and many times we have overcome.”

Kendra Cotton is the chief operating officer at the New Georgia Project, which has registered more than 250,000 new voters since 2014 and helped Democrats win two Senate seats in Georgia last year that gave them their current slim majority.

Without progress in Congress on voting rights, Cotton said she was worried there would be little to show voters heading into the 2022 midterms.

“What is there that’s positive?” she asked, adding that she wanted to see “a hard tangible policy outcome that we will be able to make the case that this administration is moving our country in the right direction.”