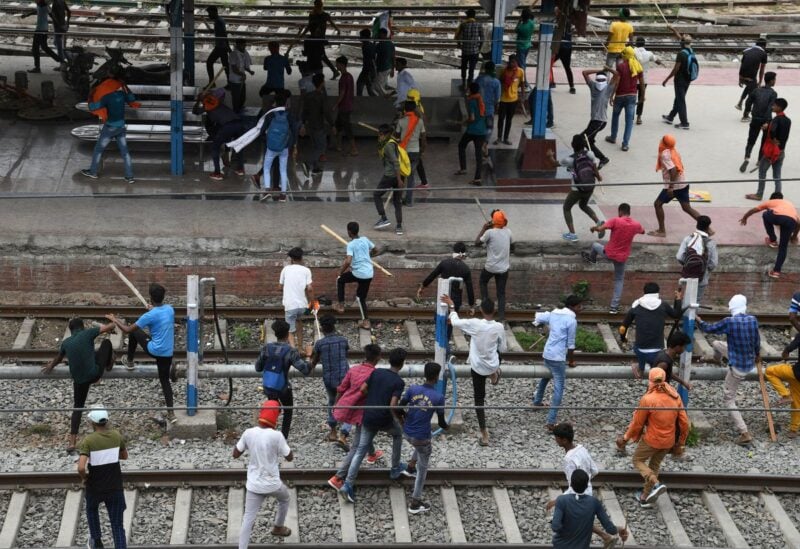 Protestors carrying sticks run at a railway station during a protest against "Agnipath scheme" for recruiting personnel for armed forces, in Patna, in the eastern state of Bihar, India, June 17, 2022. REUTERS/Stringer

Protesters gathered in India’s northern Uttarakhand state on Sunday to demand an impartial investigation into the suspected murder of a young lady who worked at a resort owned by the son of a former state minister, according to officials.

On Saturday, police discovered the body of Ankita Bhandari, 19, on a bridge over the Ganges in Rishikesh. According to early findings, the corpse of Bhandari was placed in a canal after he was slain.

She had worked as a receptionist at a resort owned by Pulkit Arya, the son of Vinod Arya who had served as a minister in the in Uttarakhand state government for India’s ruling Bharatiya Janata Party (BJP) party.

Police said they had arrested Pulkit Arya, as well as a resort manager and an assistant manager on suspicion of murder.

Reuters could not immediately reach lawyers and family members of Pulkit Arya for comment.

According to local BJP authorities, Vinod Arya was removed from the party on Saturday following the arrest of his son. Vinod Arya could not be reached for comment immediately.

Bhandari’s parents refused to undertake burial ceremonies until they had a more thorough autopsy.

Locals showed up to show their support.

“People are protesting and blocking roadways because they want justice for the victim,” said Shyam Dutt Nautiyal, a top police official in Uttarakhand.