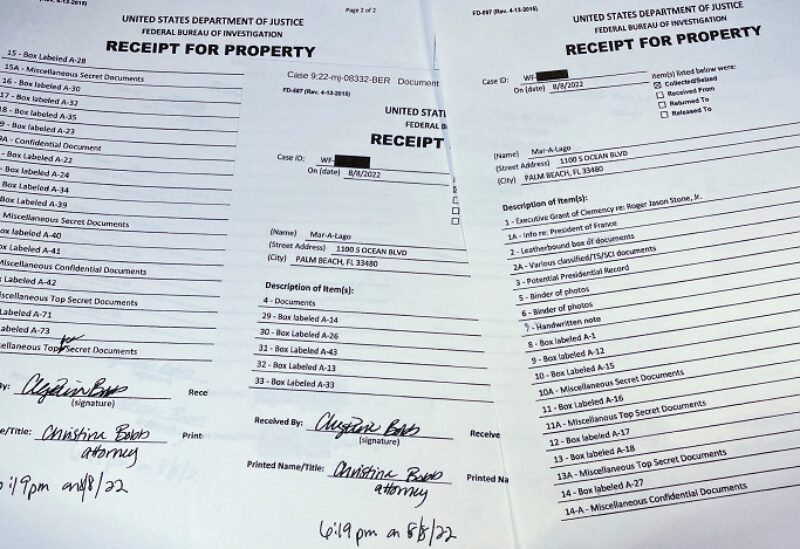 The three page itemized list of property seized in the execution of a search warrant by the FBI at former President Donald Trump's Mar-a-Lago estate is seen after being released by the U.S. District Court for the Southern District of Florida in West Palm Beach, Florida, U.S. August 12, 2022. REUTERS/Jim Bourg