Fears of rise in covid cases as Algeria to reopen borders 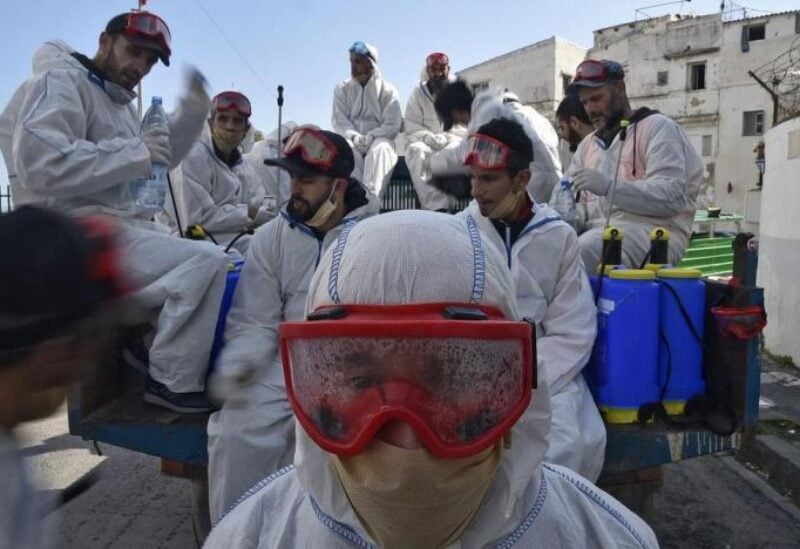 The borders have been mostly closed since the global pandemic struck in early 2020, marooning thousands of Algerians working overseas and separating families with dual nationality but helping to protect against a more serious infection rate.

“I am afraid of a likely increase in cases after the opening. Risks are high because of the variants,” said Wafa, a doctor working at a private clinic in Algiers who asked not to give her family name when criticising state policy.

Algeria, an oil producer, closed its borders and suspended flights in March 2020 when the global pandemic struck, only reopening them to humanitarian flights from France between January and March this year before another wave of infection began.

In total, Algeria has registered 126,000 coronavirus cases and 3,300 deaths. It will reopen the borders again on 1 June to flights from France, Tunisia, Spain and Turkey, but not to Gulf states where many Algerians also live and work.

The government briefly decided to postpone the resumption of flights but then changed its mind, while adding additional restrictions.

“We can open partially as long as we follow the conditions, including a PCR test and a five-day confinement upon arrival,” Mohamed Yousfi, head of Algeria’s infectious diseases organisation, told Reuters.

He warned that there was still a risk, however. “We have found out that some persons who tested negative in France ended up being infected a couple of days after getting into Algeria,” Yousfi said.

Foreign firms, including in the energy sector, have complained because they were unable to bring staff and even top managers into Algeria, according to a foreign manager who works in the oil sector and is based in Algiers.

For thousands of Algerians stuck abroad, the government decision to partially reopen is a relief, even if some complained about having to pay to spend five days at an approved hotel after landing.

“It will cost big money as I must pay the [cost of a] PCR test as well as the five days at a hotel, but it doesn’t matter really,” he said.

Algeria said the plan includes five daily flights from each country with which direct links were restored. Algerians based in the United Arab Emirates and other Gulf countries were not happy to be excluded.

“I am angry. I am homesick. Hopefully they will program a flight for us soon,” said Zoheir Cheikh, speaking from Dubai.