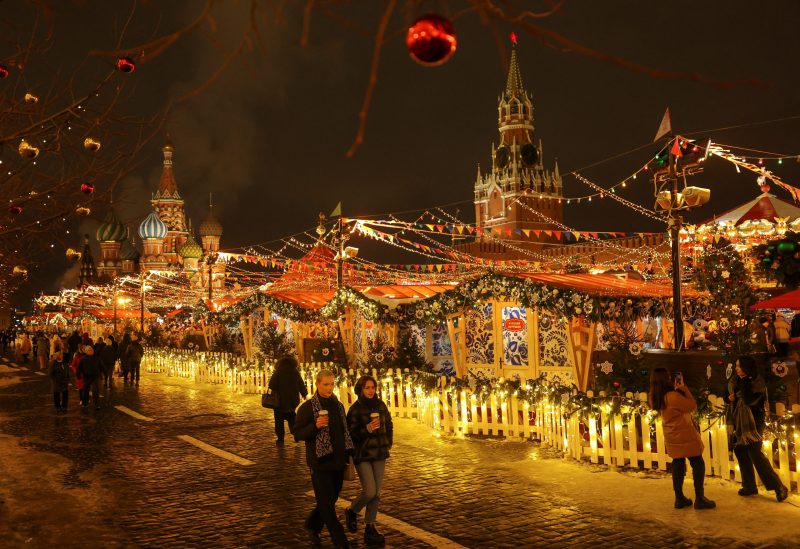 The three Latin letters Z, V, and O, which are currently being employed as frontline military emblems to support the battle in Ukraine, loom on plinths outside Gorky Park in Moscow.

As parents and kids enter the park to ice skate or visit cafes, nearby traditional holiday decorations and a huge decorative bauble compete for visibility.

The “special military operation” has supplanted traditional holiday decorations in the Russian capital, which the Kremlin portrays as an existential war with the West. Russia’s primary holiday of the year is New Year’s Day, and on January 7th, Orthodox believers also observe Christmas.

Inside the park, there’s a pavilion that contains a studio where people can record New Year and Christmas video messages for troops.

“I am from Moscow. We want our soldiers to come back as soon as possible,” said a girl, whose family did not give her name, in a video message.

Just off Moscow’s busy Tverskaya thoroughfare, children supervised by adults were decorating cardboard boxes with glitter, baubles and images of Christmas trees to send messages and letters to troops.

On Red Square, a pavilion was set up for people to donate gifts and humanitarian aid to troops. Upbeat Soviet-era music played outside, while an elderly lady inside wrote a message of support.