Fetterman’s health in focus as he squares off with Oz in U.S. Senate debate 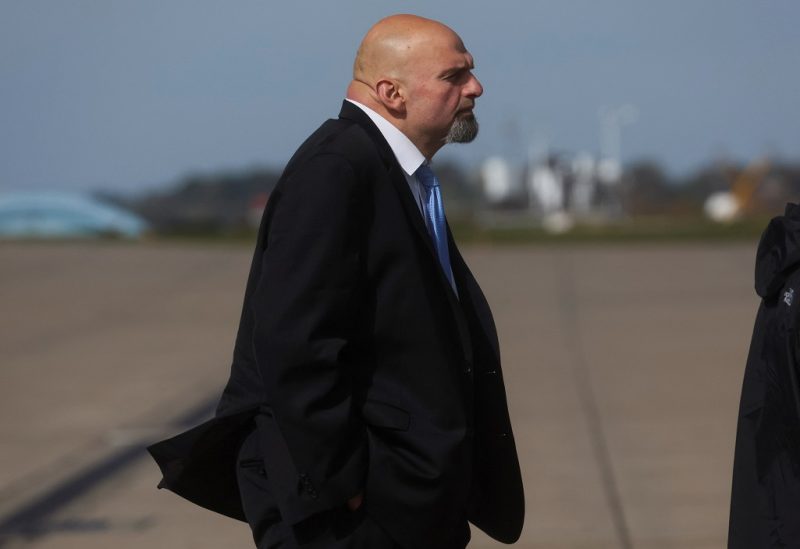 U.S. Senate candidate John Fetterman will debate Republican opponent Mehmet Oz in a Pennsylvania race that may help determine whether Democrats maintain their razor-thin majority in the chamber.

Since the summer, Fetterman, the state’s 53-year-old lieutenant governor, has seen Oz, a 62-year-old celebrity doctor backed by Donald Trump, virtually erase his advantage in surveys, as increasing inflation has helped sour voters on President Joe Biden’s Democrats ahead of the Nov. 8 midterm elections.

Fetterman’s stroke left lingering problems with his speech and hearing that sometimes cause verbal miscues, but his doctor said in a recent note that he is fit for office with no restrictions. He is still using closed captioning to conduct interviews and will use one in Tuesday’s debate that could cause a slight delay in answering some questions, Fetterman’s campaign said.

Oz and Republicans have raised questions about whether Fetterman has been candid about his health. The debate offers the Democrat’s biggest opportunity yet to prove his detractors wrong in front of a statewide audience.

“I have not spoken to a Democrat in Pennsylvania or in Washington, D.C., who is not concerned about the debate,” said a senior Democrat strategist from Pennsylvania, who was granted anonymity to discuss his concerns candidly.

A poll last week by the Philadelphia Fox affiliate showed the two in a tie. The race has been among the most expensive in the country, with Fetterman raising $48 million through September and Oz raising $35 million, including millions of his money.

The race to succeed retiring Republican Pat Toomey is Democrats’ best hope at gaining ground in the 50-50 Senate, which they control by virtue of Vice President Kamala Harris’ tie-breaking vote.

A win in Pennsylvania could offset losses elsewhere, as Democrats are defending embattled incumbents in states including Georgia, Nevada and Arizona. Republican control of either the House or Senate would be enough to stop Biden’s legislative agenda.

A Fetterman campaign official told Reuters that the campaign has realistic expectations of the debate.

“Even before the stroke, John was not a great debater. Meanwhile, Oz is a showman who spent years in front of a camera, so we know what we are up against,” the official said

In remarks last week at a Philadelphia fundraiser also attended by President Joe Biden, Fetterman said that he still has lingering effects, such as missing words or mushing words together, but that he’s on the mend.

“In January, I’ll be feeling much better, but Dr. Oz will still be a fraud,” Fetterman said

There are risks for as well for Oz, who could come across as insensitive if he attacks Fetterman over his health. The Oz campaign did not respond to requests for comment.

‘DON’T EXPECT HIM TO HOLD BACK’

However, Oz supporters expect him to continue to raise questions about Fetterman’s fitness for office and his candor about his health.

“He hasn’t held back and I don’t expect him to hold back. He doesn’t have to because it’s the truth,” said Val Biancaniello, a Republican state committeewoman from the Philadelphia area.

Fetterman has spent significant time and money attacking Oz on his opposition to abortion, arguing that he would vote with Republicans on a strict federal abortion ban. Oz supports strict limits on abortion, with exceptions in the case of incest, rape or the life of the mother.

Democrats had bet that reproductive rights would be an animating issue in the wake of the Supreme Court overturning Roe v. Wade, but the latest Reuters/Ipsos survey data shows that inflation and the economy are far and away the most pressing issues among those who say they are likely to vote.

Oz went on the offensive in recent weeks, flooding the airwaves with ads painting Fetterman as a far-left liberal who is indifferent to rising crime.

Oz argues that Fetterman’s record of seeking lenIency for criminals as head of the state’s Board of Pardons shows he will make Pennsylvania less safe. Fetterman is unapologetic, saying the American justice system is “unforgiving and vindictive” and needs reform, particularly on harsh sentencing guidelines.

Oz’s attacks come against the backdrop of a surge in murders and crime in Philadelphia, the state’s largest city and the most important region in statewide elections.

“The Oz campaign has been strategically smart,” said Chris Borick, a pollster at Pennsylvania’s Muhlenberg College. “They are making large ad buys on the crime issue in the Philadelphia media market and running them on shows the skew to older audiences.”