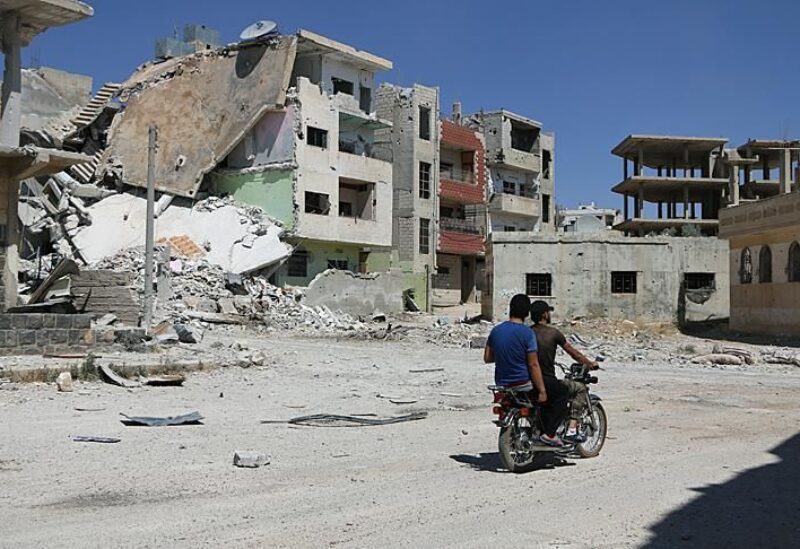 At least one person was killed after the Syrian regime forces shelled opposition-held parts of a volatile southern city on Monday, while insurgents killed four soldiers after Russia-brokered talks to end the presence of opposition fighters in the area collapsed.

Syria’s pro-regime media reported that Bashar Assad’s forces fight back against fire by opposition fighters inside the city of Daraa and that assaults on army checkpoints in the city left four soldiers dead and 15 injured.

It said several civilians were wounded in insurgent shelling of regime-occupied parts of Daraa.
The opposition blamed the regime for the escalation, saying that troops were pressing an offensive to force insurgents to surrender.

At least one person was killed and another wounded in shelling on Daraa Al-Balad, according to the opposition’s Syrian civil defense, also known as the White Helmets.

Russia has been mediating a new deal to end the recent fighting in Daraa under which insurgents who reject the deal will have to leave the region.

Last week, Syrian authorities ordered about 100 gunmen to leave Daraa Al-Balad.
A few left to opposition-held areas in the north, but dozens defied the order and stayed.