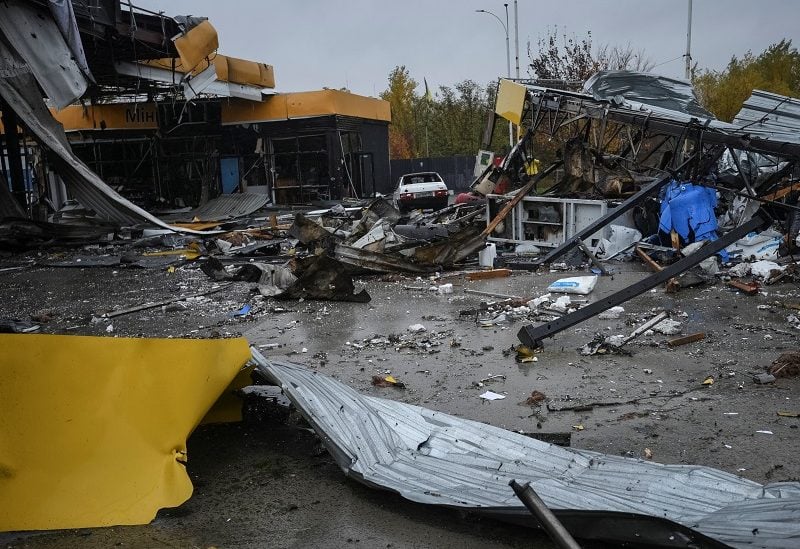 In a flurry of weekend diplomacy, Ukraine’s President Volodymyr Zelenskiy spoke with the leaders of the United States, France and Turkey ahead of planned Group of Seven (G7) and EU meetings on Monday that could agree further sanctions on Russia.

There are no peace talks and no end in sight to the deadliest conflict in Europe since World War Two, which Moscow describes as a “special military operation” and Ukraine and its allies call an unprovoked act of aggression.

Russia does not yet see a “constructive” approach from the United States on the Ukraine conflict, RIA news agency quoted Deputy Foreign Minister Sergei Vershinin as saying on Monday. The two countries have held a series of contacts in Turkey.

U.S. President Joe Biden told Zelenskiy during a call on Sunday that Washington was prioritising efforts to boost Ukraine’s air defences, the White House said. Zelenskiy said he had thanked Biden for the “unprecedented defence and financial” help the United States has provided.

On the ground in Ukraine, the Black Sea port of Odesa on Monday resumed operations that had been suspended after Russia used Iranian-made drones on Saturday to hit two energy facilities. Power is slowly being restored to some 1.5 million people, but the situation remains difficult, national grid operator Ukrenergo said in a statement on Monday.

Zelenskiy said other areas experiencing “very difficult” conditions with power supplies included the capital Kyiv and Kyiv region and four regions in western Ukraine and Dnipropetrovsk region in the centre of the country.

The Kyiv region administration said 14 settlements there still had no power and 37 more were partially without power.

There were no reports of fresh strikes or blackouts overnight into Monday.

HEAVY FIGHTING
United Nations aid chief Martin Griffiths arrived in Ukraine on Monday to see “the impact of the humanitarian response and new challenges that have arisen as infrastructure damage mounts amid freezing winter temperatures”, his office said.

Russia kept up its attacks on Bakhmut, which is now largely in ruins, Avdiivka, and Lyman, and launched two missile strikes against civilian infrastructure in Kostyantynivka, all in the Donetsk region – one of four that Moscow claims to have annexed from Ukraine after “referendums” branded illegal by Kyiv.

Ukraine has said Russian forces are suffering huge losses on the eastern front in brutal fighting that is also taking its toll on its own troops.

“There are days when there are many heavily wounded: four or five amputations at once,” Oleksii, a 35-year-old army doctor who declined to give his full name, told Reuters at a military hospital in eastern Ukraine.

Elsewhere, Russian forces carried out more than 60 attacks from rocket salvo systems targeting the civilian infrastructure in Kherson, the southern city liberated by Ukrainian forces last month, and Ukrainian troops based there, the General Staff said.

Reuters could not independently verify the battlefield accounts.

SANCTIONS
On the diplomatic front, European Union foreign ministers were due to discuss a ninth package of sanctions on Russia over its invasion of Ukraine that would place almost 200 more individuals and entities on the EU sanctions list.

EU foreign policy chief Josep Borrell said he hoped agreement on the package could come later on Monday or on Tuesday. The ministers will also discuss an additional 2 billion euros ($2.11 billion) worth of arms deliveries to Ukraine.

Separately, Germany’s Chancellor Olaf Scholz will hold an online meeting with other G7 leaders about the situation in Ukraine that Zelenskiy is also due to join. Scholz is set to give a news conference afterwards at 1630 GMT.

“We are constantly working with partners,” Zelenskiy said on Sunday after talking to Biden, France’s Emmanuel Macron and Turkey’s Tayyip Erdogan, adding that he expects some “important results” from the upcoming international meetings on Ukraine.

U.S. Treasury Secretary Janet Yellen told CBS’s “60 Minutes” Washington’s support for Ukraine’s military and economy – more than $50 billion – would continue “for as long as it takes” and reiterated that ending the war was the single best thing the United States could do for the global economy.

Turkey, which acted as a mediator in peace talks in the early months of the war, also worked alongside the United Nations in a grain deal, which opened up Ukrainian ports for exports in July after a six-month de facto Russian blockade.

Erdogan’s office said the Turkish leader also had a call with Russian President Vladimir Putin on Sunday, in which he had called for a quick end to the conflict.

Putin said last week that Moscow’s near-total loss of trust in the West would make an eventual settlement over Ukraine much harder to reach and warned of a protracted war.