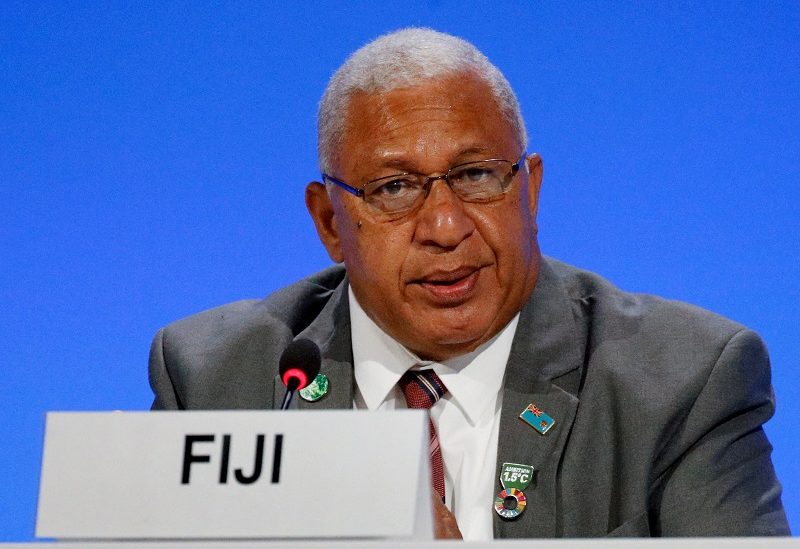 Fiji’s police commissioner said that the military will assist police in maintaining security and stability, in the aftermath of last week’s election. He said this in a social media post today.
Fiji is waiting for its president to recall parliament so that lawmakers can vote for a new prime minister after a national election last week showed no major party received a clear majority.
Prime Minister Frank Bainimarama’s Fiji First has not conceded defeat, while a coalition of three parties say they have a combined majority and have agreed on People’s Alliance leader Sitiveni Rabuka as prime minister.
In his post, Police Commissioner Sitiveni Qiliho said that he met on Thursday with Bainimara​ma​, Minister for Defence and Policing Inia Seruiratu and the military commander Major General Jone Kalouniwai to discuss this matter.
He also said that they came to an agreement on the country’s military assisting the police with the maintenance of law and order, amidst growing concerns of racial tension.
According to reports in Reuters, opposition parties have denied claims by the police that Indian businesses or homes had been targeted in the wake of the election, and asked for evidence of this.
In the meantime, Fiji’s police force has asked all Fijians to stay calm and respect the political process in the midst of this transition. A new leader is expected to take office for the first time in 16 years after national elections resulted in three parties joining to form a coalition government to dislodge longtime Prime Minister Frank Bainimarama.

The Social Democratic Liberal Party, which holds three seats and became a powerbroker after elections returned a hung parliament, announced on Tuesday that it had decided to form a coalition with Sitiveni Rabuka’s People’s Alliance and the National Federation Party.

Following this declaration, there has been widespread cheer in the Fijian capital Suva since Tuesday night.