Finland to join European neighbours in shutting out Russian tourists 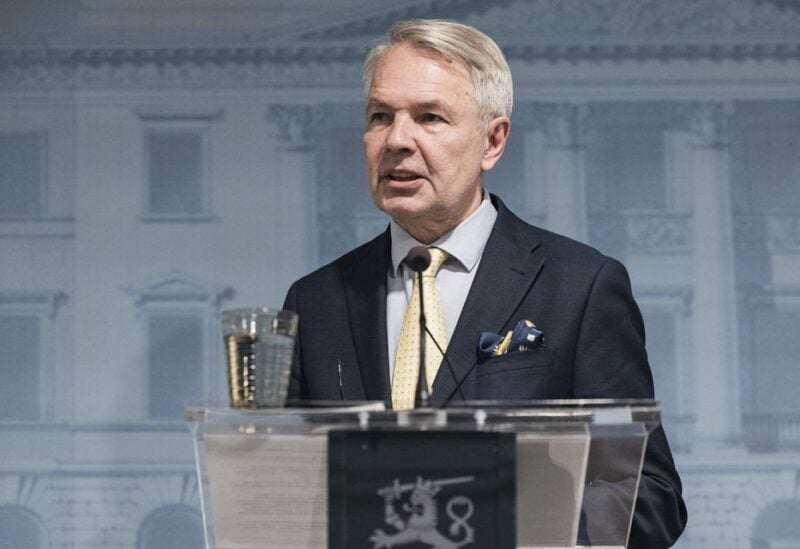 Finnish Foreign Minister Pekka Haavisto speaks during a news conference on the government's resolution regarding the right of Russian citizens to enter Finland as tourists, in Helsinki, Finland September 29, 2022. Roni Rekomaa/Lehtikuva/via REUTERS

Finland announced on Thursday that it would close its border to Russian visitors at midnight, cutting off the final direct land path to the European Union for thousands of Russians attempting to evade conscription into the Ukraine war.

The administration said the action would result in a considerable decrease in cross-border traffic after around 17,000 Russians crossed into Finland over the weekend.

“The entry of Russian citizens in tourist purposes into Finland endangers Finland’s international relations,” Foreign Minister Pekka Haavisto told a news conference, explaining that the decision had followed talks with Ukraine and neighbours.

Haavisto said entry for family visits, as well as for work and studies, would still be permitted.

With the decision, the Finnish government, wary of being a transit nation into western Europe’s passport-free Schengen zone, joined the other EU member countries sharing land borders with Russia which had already barred Russian tourists.

The bars were part of a series of sanctions and other steps taken against Russia by the West since Moscow invaded Ukraine on Feb. 24 in what it calls a “special military operation”.

Estonia, which like other Baltic states and Poland argued that Russian tourists posed a national security threat, had expressed frustration that Finland had not joined them. Ukraine has said Russians should stay at home and seek to stop the war.

The EU has banned all flights from Russia, leaving only rail and road transport links available, and this month it agreed to limit issuing free-travel Schengen zone visas.

Young Russian men who spoke to Reuters after crossing into Finland last week said they left out of fear of being drafted.

The almost 17,000 Russians who crossed the border into Finland during the weekend, represent an 80% rise from a week earlier, Finnish authorities said on Monday.

On Thursday, there was a steady stream of cars coming through at the Vaalimaa border crossing, according to a Reuters witness, although traffic had calmed somewhat after the weekend.

“We have indications that the Russian authorities have changed their policy,” head of the border controls Tuomas Laosmaa said, adding the number of young Russian men coming through had dropped on Wednesday. He did not elaborate.

While the number of arrivals from Russia remains below pre-pandemic levels, many Finns have expressed worries over the recent rise.

“It’s very unfortunate that we’re in a situation that Russia has caused, but in this situation I don’t feel it okay that they are coming through Finland for tourism,” said Erkki Helaniemi, a finance specialist who spoke to Reuters in the capital Helsinki.

Last week’s announcement of Russia’s first public mobilisation since World War Two, to shore up its faltering Ukraine war, triggered a rush for the border, the arrest of protesters and unease in the wider population.