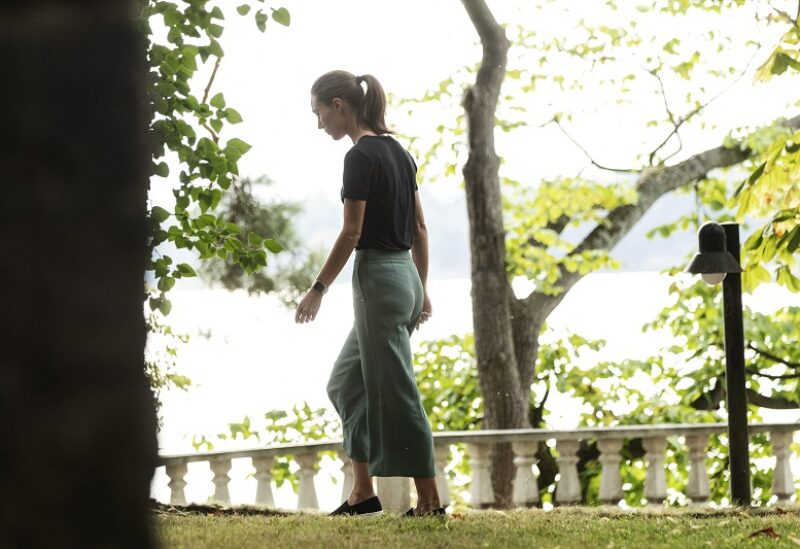 Prime Minister of Finland Sanna Marin leaves after holding a news conference after videos of her partying leaked into social media and sparked criticism earlier this week, in Helsinki, Finland August 19, 2022. Lehtikuva/Roni Rekomaa via REUTERS ATTENTION EDITORS - THIS IMAGE WAS PROVIDED BY A THIRD PARTY. NO THIRD PARTY SALES. NOT FOR USE BY REUTERS THIRD PARTY DISTRIBUTORS. FINLAND OUT. NO COMMERCIAL OR EDITORIAL SALES IN FINLAND.

The Finnish prime minister’s office announced that Sanna Marin’s drug tests came back negative after she underwent them to clear doubts following backlash from a video showing the 36-year-old woman partying with her friends in a VIP room went viral.

The statement added: “Drug test taken from Prime Minister Sanna Marin on 19 August 2022 did not reveal the presence of drugs,” AFP reported.
Lida Vallin, an adviser to the prime minister, said Marin’s urine samples were examined for the presence of numerous drugs like cocaine and cannabis. She said, “The test was a comprehensive drug test. We did not choose how the test was done,” AFP reported.
The video sparked outrage all around the world, with people referring to the video in reference to drugs, which were hotly disputed on social media, but the Finnish minister strongly declined. The minister claimed that the videos were filmed on private premises and claimed that she was having fun with her pals.

Sanna Marin on Friday declared that she’ll be taking a drug test to dispel any rumours by taking a drug test. However, the minister acknowledged having consumed alcohol but denied consuming drugs and asserted that she did not see any other attendees using drugs.
Marin said, “Never in my life, not even in my youth, have I ever used any drugs,” AFP reported.

However, with the criticism, many Finnish women came forward and supported the prime minister by posting their dancing and partying videos on social media.

The minister received harsh criticism in 2021 after it was discovered that she had been exposed to COVID-19 yet continued to party for hours.