Fire at Russian arms depot, drones shot down near Ukraine 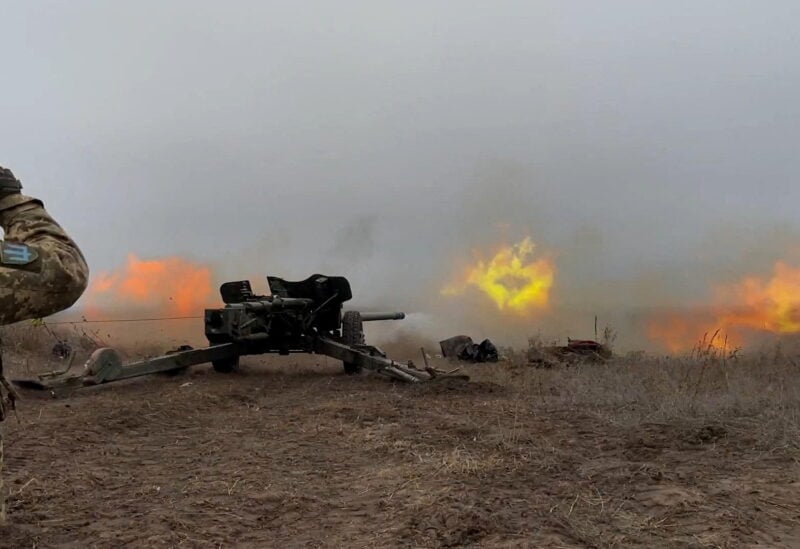 Service members of the 92nd Separate Mechanized Brigade of the Ukrainian Armed Forces hold artillery drills at a shooting range in an unknown location in eastern Ukraine, in this handout picture released December 17, 2021. Picture released December 17, 2021. Press Service of the 92nd Separate Mechanized Brigade/Handout via REUTERS

Local governors said Wednesday that an arms depot was on fire and two drones were shot down in Russian regions bordering Ukraine.

“According to preliminary information,” the governor of Russia’s Belgorod region said on Telegram, “an ammunition depot is on fire near the village of Staraya Nelidovka,” about 20 kilometers (12 miles) from the Ukrainian border.

According to Vyacheslav Gladkov, the fire was extinguished and there were no civilian injuries or damage to residential buildings.

Separately, the governors of the neighboring Kursk and Voronezh regions — also near the border with Ukraine — said air defense systems were triggered during the night and shot down drones.

“A Ukrainian unnamed aerial vehicle was intercepted in the sky over Kursk region,” its governor Roman Starovoyt said on Telegram, adding that there were no casualties or damage.

Also in Belgorod region, Russia’s domestic security agency, the FSB, said it detained two Russian citizens who were “preparing to commit sabotage at one of the transport infrastructure facilities”.

It added that they were “supporters of Ukrainian Nazism”.

In a video released by the FSB, one of the suspects — his face blurred on camera — said they were planning to damage a railway line by “unscrewed bolts and loosened fasteners”.

Russia has repeatedly accused Ukrainian forces of launching strikes on its soil, warning that in response Moscow’s troops will intensify attacks on Ukraine’s capital Kyiv.

Officials on Monday had reported that a fuel depot was on fire in the Bryansk region, also near Ukraine.