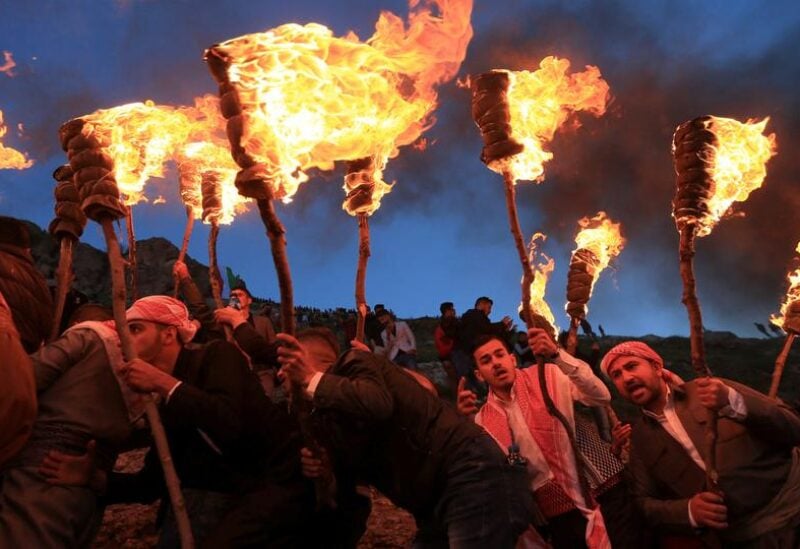 Mishaps during an annual fire festival in Iran have left at least 10 people dead and hundreds more injured around the country, state TV reported Wednesday.
State TV reported the casualties Wednesday but news outlets including the semiofficial ISNA said the deaths happened over a period of several weeks. Many of the deaths and injuries occurred during the production and preparation of firecrackers, according to reports.
Officials said the casualties were the result of disregarding safety measures.
The annual festival begins on the Tuesday before Nowruz, the Iranian New Year, which will be celebrated on Saturday this year. The ritual dates to at least 1700 B.C. and is linked to Zoroastrianism, which was the predominant religion of the nation before Islam.
Traditionally, people light bonfires, set off fireworks and send wish lanterns floating into the night sky as part of festivities. Many use powerful, substandard firecrackers.
More than 200 of the nearly 1,900 injured were hospitalized, according to the reports. Several ambulances and rescue cars were damaged Tuesday night and police arrested dozens for disregarding law and order, they said.
Almost half of the injured were under age 16 and the rest under 33, according to the reports.
Last year, the death toll from festival activities was four. Many people stayed at home because of the pandemic, which has hit Iran worse than any other country in the Middle East. Some 1.76 million cases have been confirmed, including more than 61,000 deaths, to date.