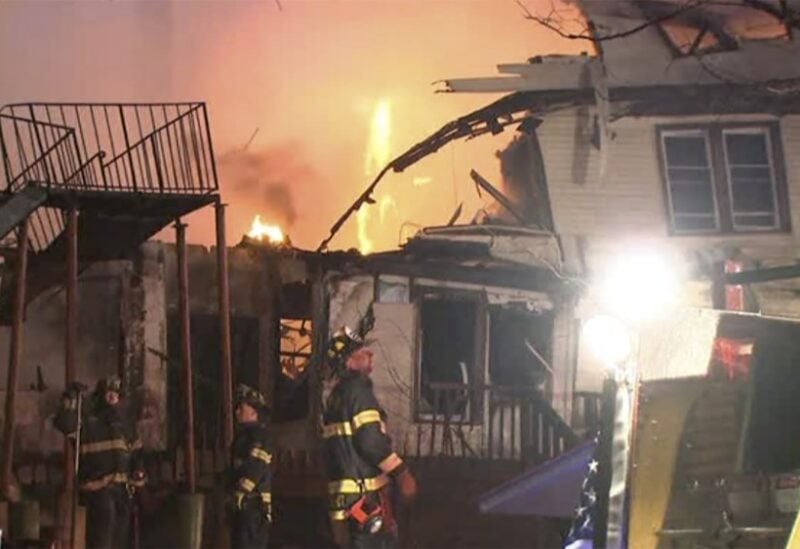 SPRING VALLEY, N.Y.: An early-morning fire Tuesday at an assisted living facility in New York prompted the evacuation of residents and led to the partial collapse of the building.

Flames gutted the Evergreen Court Home for Adults in the Rockland County community of Spring Valley, about 30 miles (48 kilometers) north of New York City. There were reports of multiple injuries.

Residents were taken by bus to another facility, according to New York State Police Trooper Steven Nevel, public information officer for Troop F Headquarters. He told The Associated Press that authorities were trying to determine Tuesday morning whether anyone was missing in the building.

Several agencies worked to get the fire under control. At one point, video from the scene showed the second floor of the facility collapsing as the fire burned. Nevel said he didn’t know how many residents were in the building at the time of the fire.

The cause of the fire wasn’t immediately known.