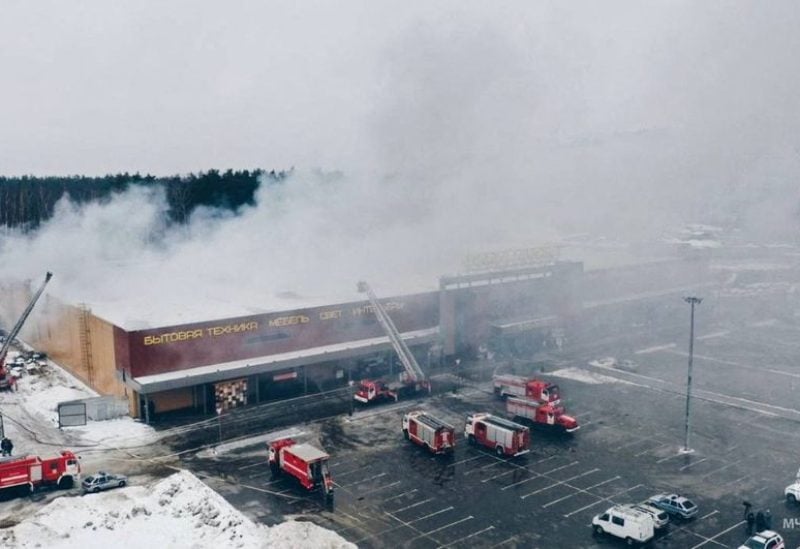 Firefighters work to extinguish a fire at a construction supplies hypermarket in the town of Balashikha outside Moscow, Russia December 12, 2022 - REUTERS

The second such blaze in less than a week damaged a shopping center in the Moscow region, according to emergency officials.

The fire at a construction supply hypermarket in Balashikha, a 500,000-person satellite town outside of Moscow, caused part of the roof to fall, and smoke to billow into the air, according to photos posted on Telegram by Russia’s emergency services ministry.

The ministry said the fire had grown to 9,000 sq m (100,000 sq feet) before being brought under control. The Investigative Committee, which is responsible for serious crimes, said it had opened an investigation.

On Friday, a fire at a large shopping centre in the Moscow suburb of Khimki killed one person and consumed an area of 7,000 sq m.