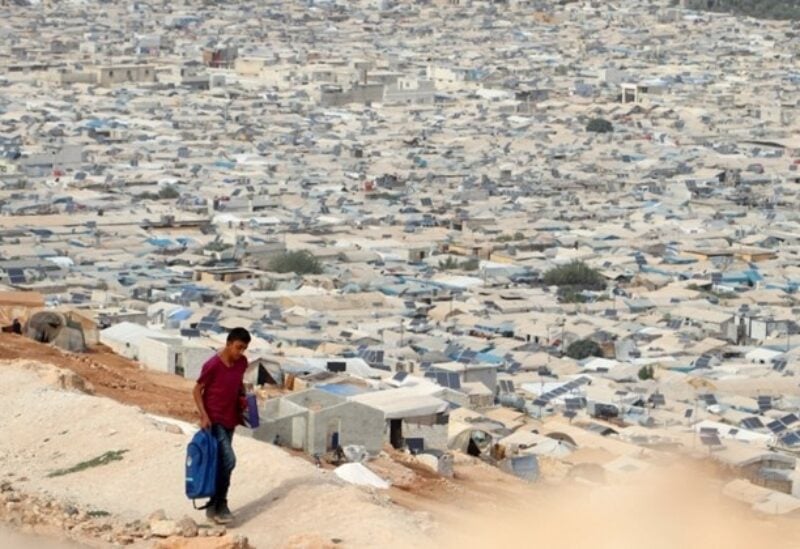 A fire in a camp housing families of members of the Islamic State group killed three children and injured 15 others in northeast Syria, the U.N. children’s agency, UNICEF, said Sunday.

UNICEF called for the safe reintegration and repatriation of all children in al-Hol Camp and across the northeast of Syria following the fire the day before. It was not immediately clear what caused the fire that burnt several tents in the sprawling al-Hol camp, which has witnessed a sharp increase in crimes in recent weeks.

Al-Hol houses the wives, widows, children and other family members of IS militants – more than 80% of its 62,000 residents are women and children. The majority are Iraqis and Syrians, but it includes some 10,000 people from 57 other countries, housed in a highly secured separate area known as the Annex. Many of them remain die-hard IS supporters.

Hundreds of other teenagers are held in prisons for former membership in IS, which once controlled large parts of Syria and Iraq. It lost its last sliver of territory, in eastern Syria, in March 2019.

“Children in al-Hol are faced not only with the stigma they are living with but also with very difficult living conditions where basic services are scarce or in some cases unavailable,” said UNICEF’s Regional Director for the Middle East and North Africa Ted Chaiban.

More than 22,000 non-Syrian children are stranded in al-Hol, in addition to thousands of Syrian children. On Jan. 30, U.N. counterterrorism chief Vladimir Voronkov urged home countries to repatriate the children, warning that they are at risk of radicalization.

Although some countries have returned children and women from the camp, many others, including Iraq, have so far abstained from doing so.

Chaiban, the UNICEF official said that the detention of children “is a measure of last resort and should be for the shortest time possible.” He added that children should not be detained based solely on suspected family ties with armed groups or the membership of family members in armed groups.