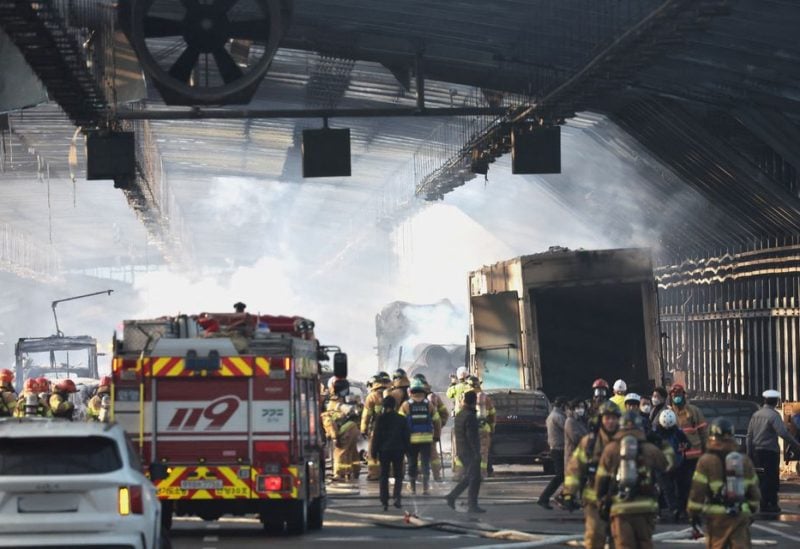 Burnt trucks are seen inside a tunnel that was burnt down in Gwacheon, South Korea, December 29, 2022 - REUTERS

At least five people were killed and almost 40 others were hurt in a huge fire on a South Korean expressway on Thursday due to heavy traffic, according to emergency personnel and the media.

Soon after the fire started on the Second Gyeongin Expressway near the capital Seoul at around 1:49 p.m., video photos on social media showed a soundproof awning engulfed in flames (0449 GMT).

The heavy traffic made it difficult for vehicles to escape the affected area as the fire spread and a blast was heard, a witness told television broadcaster YTN.

Media said the fire appeared to have begun after a bus and a truck collided. But a fire official at the scene said its cause was still being investigated, although the fire had been put out. Altogether 44 vehicles were destroyed in the fire, he said.

Five people were killed with at least 37 injured, three of them seriously, an emergency official said.