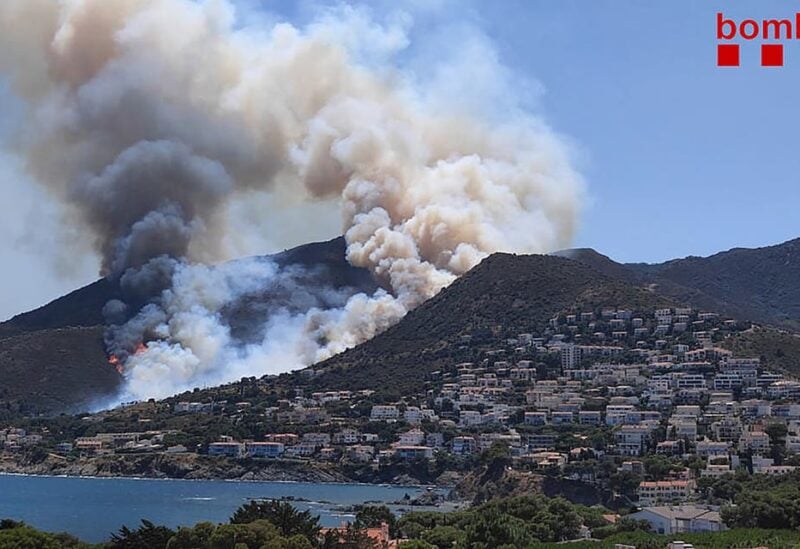 Firefighters brought a wildfire in a forest in Spain’s northeastern region of Catalonia under control Friday as scorching temperatures put most of the country at risk for blazes.

A punishing heatwave has fanned wildfires across southern European in recent weeks, claiming lives in Greece, Italy and Turkey, as experts warn that climate change increases the frequency and intensity of such extreme weather events.

About 100 firefighters worked overnight to tame the blaze in the Spanish province of Tarragona, which forced the evacuation on Thursday of about 30 campers and has destroyed about 75 hectares (185 acres) of protected forest, Catalonia’s firefighting service said in a tweet.

The fire was under control on Friday morning, but 11 water trucks, a helicopter and two water-dropping planes were still at the scene of the blaze, the service added.

Elsewhere in Spain, dozens of firefighters were battling a wildfire which broke out on Thursday evening near the town of Rubia, in the verdant northwestern region of Galicia.

This fire has so far destroyed about 200 hectares of land, the regional government of Galicia said in a tweet.

Spain’s weather office AEMET said almost all of the country faced a “high”, “very high” or “extreme” risk of wildfires on Friday due to the scorching temperatures.

Only a sliver of the northern coast and parts of the eastern region of Valencia on the Mediterranean coast had a “low” or “moderate” risk.

The weather office said that 15 of Spain’s 17 autonomous regions were on alert for high temperatures, with the mercury forecast to reach highs of 36 to 40 degrees Celsius (97 to 104 degrees Fahrenheit) on Friday in much of the country.

Temperatures could hit 46 degrees Celsius (115 Fahrenheit) in the provinces of Seville, Cordoba and Jaen in the southwestern Andalusia region. The hot weather is expected to last until Monday.

The heatwave comes after a “code red” report from the UN’s Intergovernmental Panel on Climate Change this week warned that the world is warming far faster than previously feared.

A draft IPCC assessment seen exclusively by AFP says that increasing temperatures and aridity had lengthened fire seasons and “doubled potential burnable area” across the globe.