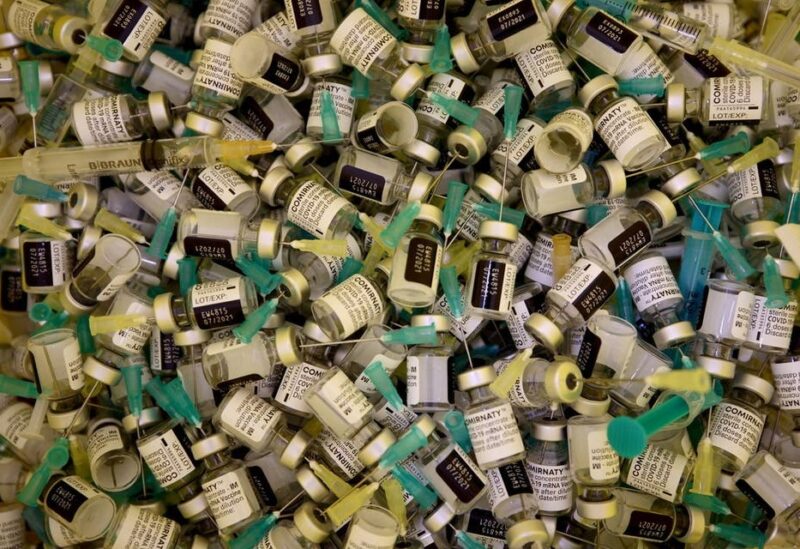 The milestone comes four months after the World Health Organization (WHO) approved the world’s first vaccine for emergency use and countries began wide-scale rollouts. However, despite this achievement, unequal distribution of vaccines is still an issue, highlighting global disparity, Forbes reported last week.

By April 27, 1.06 billion vaccine doses were administered to 570 million people, accounting for 7.3 percent of the world’s population currently sitting at 7.79 billion, who have received at least the first dose. According to Bloomberg, around 18.5 million doses are being given to people daily and at that pace, it could take 19 more months to vaccinate 75 percent of the world’s population.

“It is an unprecedented scientific achievement. Nobody could have imagined that, within 16 months of the identification of a new virus, we would have vaccinated one billion people worldwide with a variety of different vaccines, using different platforms and made in different countries,” Scientific American quoted WHO chief scientist Soumya Swaminathan as saying.

While this milestone has been a great achievement for the world and serves as a reason for us to be hopeful for a potential return to ‘normalcy’, uneven vaccine distribution has highlighted inequality which needs to be eradicated more so now than ever before because the world’s recovery from the pandemic depends on it.

The Associated Press last week reported that 87 percent of vaccine doses were administered in wealthy nations, meaning that 1 in 4 people in rich countries had received at least one dose versus 1 in more than 500 in poor countries, highlighting a significant need for better distribution. Only 0.2 percent of available vaccine shots have been distributed to low-income nations, data from the New York Times’ vaccination tracker suggests.

In contrast, the supply of vaccines in the US began to outpace the demand for it, indicating a stark difference when put up against low-income countries that might not be able to receive any additional vaccine supply until June 2021, Forbes reported last week.

“It’s absolutely amazing that in a short time we developed multiple vaccines and gotten a billion doses administered, but the way it’s happened has worsened inequities around the world,” Associate director for innovation at the Duke Global Health Institute in Durham, North Carolina Krishna Udayakumar told Scientific American.

Disparities have also been highlighted on a nationwide scale.

“Vaccinating only portions of the population is not an effective strategy, and leaves us vulnerable to new variants. A global pandemic can only be met with a global response,” Udayakumar added.