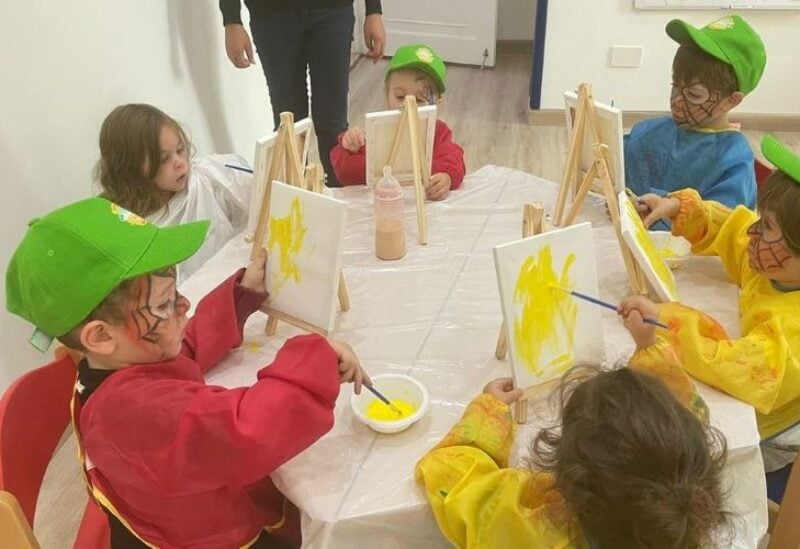 Children in a painting class at Camp Gan Izzy in Dubai

The first Jewish children’s camp in the United Arab Emirates opened on Monday, in what the country’s senior rabbi called as a “game changer.”

“This is incredible,” said Rabbi Levi Duchman of the UAE to Al Arabiya English. “This is a direct result of the Abraham Accords, and we’re thrilled about it.”

Camp Gan Izzy has hundreds of locations worldwide and is inviting counselors from the United States and France to teach Jewish youngsters in the UAE about their religious background.

More than 50 youngsters have registered for the camp, which will run through December 22.

Rabbi Duchman, who worked at Camp Gan Izzy when he was younger, has been in the UAE for seven years.

“I believe this program will be life-changing for Jewish youngsters growing up in the UAE,” Duchman said.

“This allows them to make new friends and meet new people, and it makes it natural for a youngster to grow up in the United Arab Emirates.”

Although a Jewish community had existed in the UAE even before the nation formally established connections with Israel in mid-2020, Rabbi Duchman believes the signing of the Abraham Accords signaled to Jewish people throughout the world that the UAE might be a good home for them.

However, the rabbi praised the UAE’s officials for their treatment of the fledgling Jewish community, which he claims has developed fast since relations were restored.

“As we continue to create Jewish life in the UAE, as we promote tolerance and peace, we want children to grow up in the UAE with the same values as the UAE leadership – values of tolerance, respect, and coexistence.”