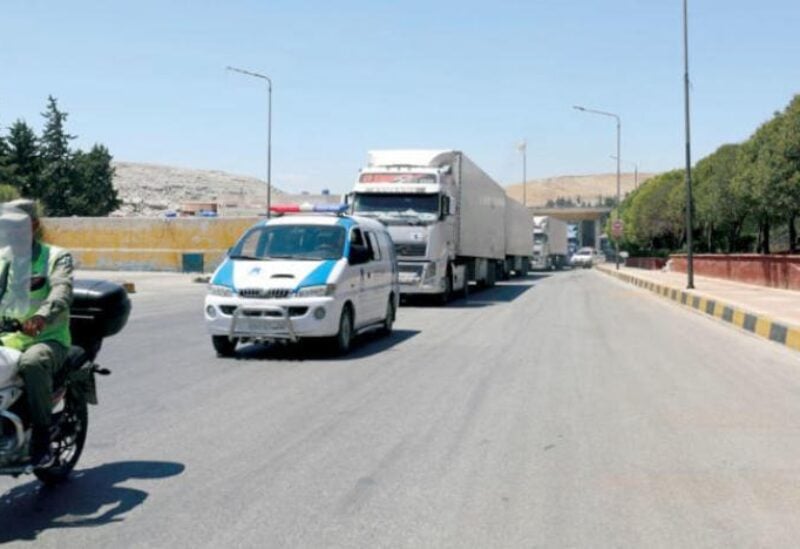 The Security Council voted on July 12 to extend the mechanism to enter humanitarian aid across the border for six months.

Allouch told Asharq Al-Awsat that the aid would be handed over to UN-partner humanitarian organizations operating in opposition-controlled areas within Idlib and the areas of Turkish operations to be distributed to needy families and displaced persons in camps in northwest Syria.

The last convoy that entered Syria was on Jul 08, and the food aid from the World Food Program (WFP) is expected to resume within the next two weeks.

On July 12, the Security Council agreed to extend the mechanism for delivering UN aid to Syria after the consensus of member states except for the US, UK, and France, which abstained from voting.

France demanded the extension of the aid for a whole year, saying the decision was “fragile.”

Russian Ambassador Dmitry Polyansky told the Council that Moscow would continue to monitor progress in implementing the resolution to decide the ultimate fate of the cross-border mechanism.

“We’re convinced that it is only through candid and substantive dialogue on the issues in the Syrian humanitarian track while involving all of the interested parties, we will be able in six months to come up with a well-considered decision,” he said.

Meanwhile, Activists in northwestern Syria explained that Russia wants to focus on aid coming from Damascus in coordination with the Syrian government in exchange for restricting UN access across the border.

They believe it is a joint plan between Russia and the Syrian regime to ensure the latter controls the humanitarian aspect. They also accused them of wanting to steal the aid of more than two and a half million displaced persons living in difficult humanitarian conditions in more than 1,430 camps that lack necessities.

About 4.5 million people live in Idlib and the countryside of Hama, Aleppo, and Latakia, and more than half of them are displaced in camps spread near the Syrian-Turkish border. Most of them depend for their livelihood on humanitarian aid provided by the WFP.